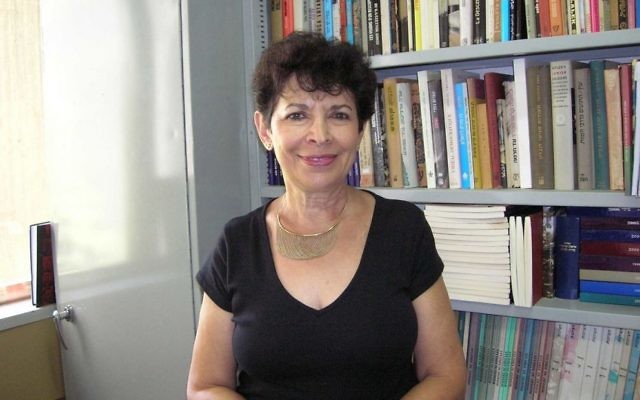 YAD Vashem’s traditional role does not directly relate to combating contemporary anti-Semitism, but Israel’s Shoah museum is widening its scope, now bringing the lessons of a horrific past into today’s world, according to Professor Dina Porat, its chief historian.

Porat spoke on “Fighting Anti-Semitism: A Call to Action” at Caulfield Shule last Tuesday, in an evening co-hosted by the Anti-Defamation Commission, Friends of Tel Aviv University and Gandel Philanthropy.

Speaking to The AJN, Porat, professor at the Department of Jewish History at Tel Aviv University, said “many people expect guidance” from Yad Vashem, “on what’s happening today”.

In response, Yad Vashem is developing an online course on tolerance. Meanwhile, its International School for Holocaust Studies brings in secondary-school teachers from many countries, offering around 70 seminars annually. Prominent among these initiatives is the Gandel Holocaust Studies Program for Australian Educators, she said.

She emphasised the importance of training teachers to impart the lessons of the Holocaust to their 21st-century teenaged students in ways that relate to them.

Social media is “a tool that amplifies in a minute any piece of news or any expression”. It acts as a magnifier to “make things look much more frightening … I’d like to call for a bit more proportion”.

Porat rejected notions Europe is again where it was in the 1930s, noting there is no state-sponsored anti-Semitism, and European leaders, such as Emmanuel Macron, Angela Merkel and Theresa May are leading responsibly, with messages of tolerance.

The arrival of some 1.7 million Middle Eastern refugees in Europe in 2015-16 has raised issues. “The main question from a Jewish point of view is whether this wave would generate more anti-Semitism, because many of them come from countries such as Afghanistan, Iraq and Syria, in which they were not exposed to favourable opinions about Jews and Israel.”

But while the new arrivals are focused on basics such as reuniting families, finding work and learning a new language, said Porat, it is more often the second and third generations that become radicalised, seeking to avenge perceived wrongs suffered by their parents and grandparents.

In the US, while a resurgent Ku Klux Klan on the right, and Antifa on the left, have made Jews “feel threatened and on higher alert”, she said, American Jews should also keep a sense of proportion.

However, President Donald Trump was wrong to “equate both sides” in the deadly Charlottesville unrest in August, she said, as it was driven by “super-racists and white supremacists”.