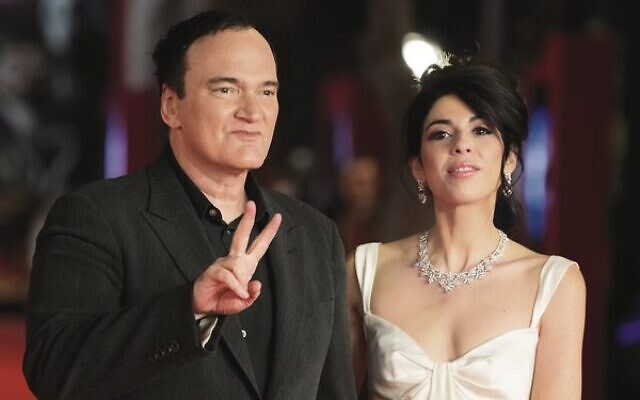 LEGENDARY filmmaker Quentin Tarantino has suggested he could feature an Israeli character in one of his coming films.

Speaking at the Rome Film Festival this week, the American director gave a few details about an unspecified project he is planning.

“It’s not like my next movie. It’s a piece of something else that I’m thinking about doing – and I’m not going to describe what it is,” he told Italy’s state broadcaster, according to Variety.

“But part of this thing, there is supposed to be a Spaghetti Western in it.”

Tarantino said the movie was “going to be really fun”.

“I want to shoot it in the Spaghetti Western style where everybody’s speaking a different language,” he said.

“The Mexican Bandido is an Italian. The hero is an American. The bad sheriff is a German. The Mexican saloon girl is Israeli.”

Tarantino, who is married to Israeli model and singer Daniella Pick and who has spent long stretches of time in Israel, did not indicate who he could cast as the Israeli.