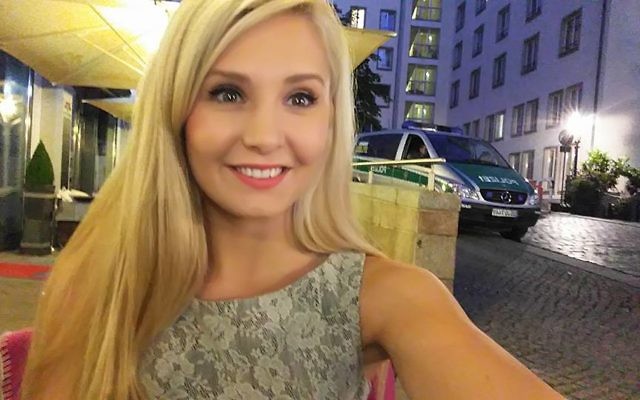 Adler said he was not aware of a photograph of Southern making a “white power” hand gesture with white supremacists – including members of the neo-Nazi Antipodean Resistance – which was posted on the Facebook page of the Lads Society, a far-right group with ties to white nationalist Blair Cottrell, until The AJN brought it to his attention.

The AJA issued the invitation via social media after Southern posted footage to YouTube of police telling her not to approach Lakemba Mosque as it “could create a breach of the peace”.

“After Lauren being blocked from walking in Lakemba we invited her to walk in the Jewish areas of Sydney and Melbourne. No security needed. She can talk to anyone,” the AJA tweeted on Sunday. A longer AJA post on Facebook clarified “AJA does not endorse or agree with all her views.”

However, Executive Council of Australian Jewry president Anton Block said, “It is appalling that any organisation with the word ‘Jewish’ in its title would extend a polite invitation to a public figure who has befriended the rabid neo-Nazi organisation, Antipodean Resistance, and its sympathisers.

“It demonstrates a complete absence of proper research, and a lack of judgement, with adverse consequences for the whole Jewish community.”

Australia/Israel & Jewish Affairs Council executive director Colin Rubenstein said, “The instigators of this tawdry and juvenile publicity stunt have embarrassed themselves and the Jewish community.

“Southern has not dissociated herself from the motley crew of white supremacists who attached themselves to her program but has actually encouraged them, as seen in their photographs.

“Religious bigotry towards, and scaremongering against, minorities, migrants and other ‘strangers’ is not just un-Jewish but antithetical to Judaism.”

Adler told The AJN the AJA “would not want anything to do with anything” connected to the Antipodean Resistance.

“The only context for inviting Lauren Southern to walk in Jewish areas of Sydney or Melbourne is to make the point that security would not be needed and she would not be prevented from safely talking to anyone,” he said.

“I don’t want it to be distorted into something it’s not.”