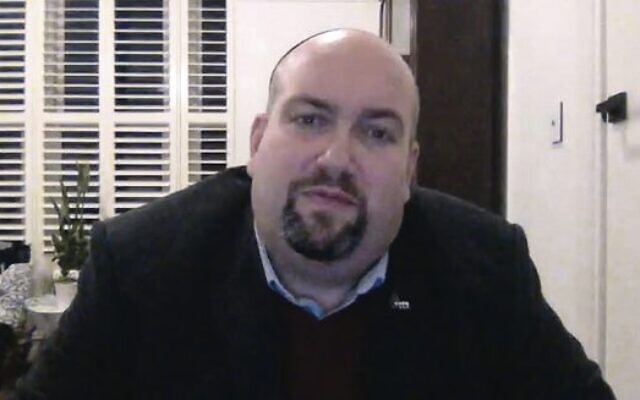 TEMPLE Beth Israel (TBI) has announced it has begun a review into allegations that Rabbi Gersh Lazarow, its senior rabbi, plagiarised writings, drashes and sermons.

As reported last month, a leaked dossier indicated at least a dozen examples of plagiarism by the rabbi since 2018, including Kol Nidrei and Erev Rosh Hashanah sermons this year and in 2019, and four drashes in newsletters from the Union for Progressive Judaism (UPJ), as well as within a recent article published by The AJN.

After one drash appeared in a UPJ newsletter, the UPJ published that Rabbi Lazarow “wholeheartedly apologises” for misrepresenting the writings of Canadian rabbi Eric Grossman as his own.

Rabbi Lazarow had been on medical leave from TBI, but resumed limited duties last Shabbat. In an update to members, TBI president Joanne Loewy Irons stated, “The newly elected board has commenced its review of the matters that have been made public and while we work towards a resolution, Rabbi Lazarow will return to oversee specific roles in our community.”

She added the rabbi will be “working with the various b’nei mitzvah families and wedding couples with whom he has a relationship, as well as working on certain educational programs and operational matters”.

“We welcome Rabbi Lazarow’s return to work, and encourage all members of our community to engage in a respectful manner to both Rabbi Lazarow, his family and members of the board and congregation while the matters are resolved,” stated Loewy Irons.

The president said Rabbi Fred Morgan, the shule’s former senior rabbi, “has agreed to provide rabbinic coverage and serve our community in our many religious and educational programs until the end of November”.

In May, Rabbi Lazarow, who had been senior rabbi since 2013, publicly resigned after relations within TBI – and between the synagogue and the wider Progressive community in Melbourne – became strained.

However, with the backing of the board, he withdrew his resignation in June, telling an online TBI members’ forum that “interpersonal relationships were fundamentally tested and in some cases broken … in hindsight, I regret so much”.

Allegations about plagiarism surfaced in September. Rabbi Lazarow told The AJN this week, “I look forward to getting on with my work and serving our community.”