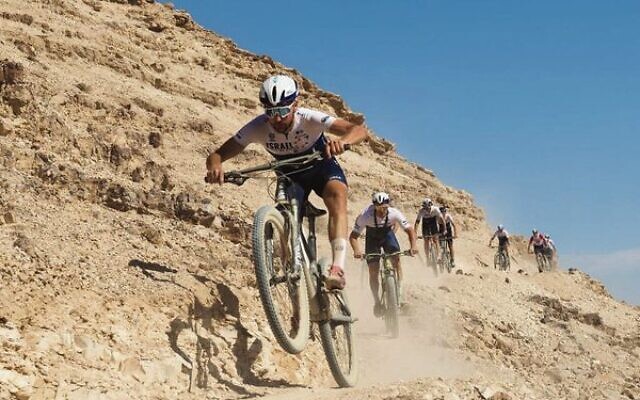 THE Jewish State’s pro-cycling team, Israel Start-Up Nation (ISN) – currently ranked 10th in the world – was finally able to return to Israel earlier this month for the first time in two years for a full week of post-season training, and the opportunity to meet hundreds of fans, including Israel’s President Isaac Herzog.

It was a chance for the team’s international stars, including British four-time Tour de France winner Chris Froome and Belgian rider Sep Vanmarcke, to accompany their Israeli teammates Guy Sagiv (pictured), Guy Niv, Omer Goldstein and Itamar Einhorn on scenic rides between Masada and Arad, and uphill climbs in the Galilee and Golan regions. 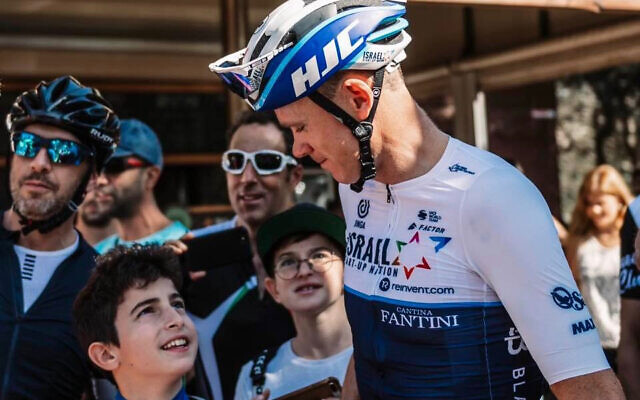 Froome said it felt incredible to explore Israel for the first time, train there with teammates and speak with home grown ISN fans.

He added that getting to ride on the new Israel Bike Trail section beside the Dead Sea was “a pretty once-in-a-lifetime experience”. 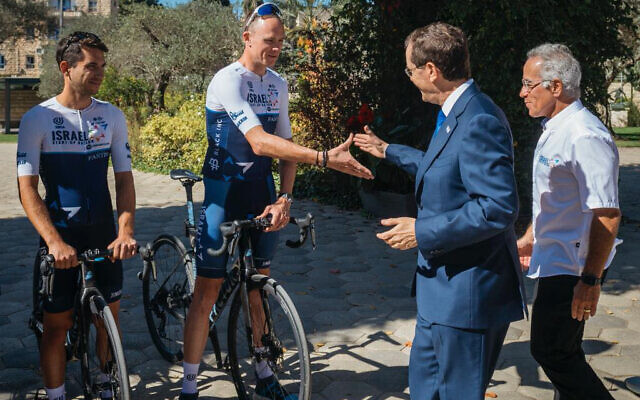