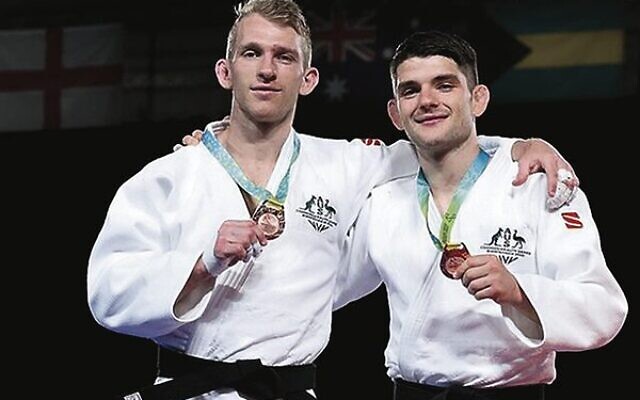 JUDO brothers Josh and Nathan Katz each claimed bronze for Australia at the Commonwealth Games as their proud family watched on, clad in ‘Team Katz’ shirts.

Josh, 24, was a pre-tournament favourite but lost to eventual gold medallist, England’s Ashley McKenzie, in the semi-final. He then defeated Zambia’s Simon Zulu in the men’s 60kg bronze-medal fight.

“I couldn’t really be fully relieved after I finished because I knew Nathan was still coming, and I was trying to run through the marshalling as fast as I could to get back up into the stands,” Josh told 7Sport.

“The feeling was amazing as soon as I saw Nathan win. We’ve been on this road together and it feels unreal.”

The bronze brothers!@BlakeJohnson catches up with the Katz family after Josh and Nathan won ???? #B2022 pic.twitter.com/MfLWhheEhC

Nathan, 27, claimed a hard-fought victory over India’s Jasleen Singh Saini in the men’s 66kg to earn the bronze, bouncing back from a frustrating year of injuries.

Josh described their relationship as “supportive” as he soaked up the moment alongside his family.

“We both push each other to be the best we can,” Josh said.

“I’ve had a pretty good year, which I think motivated Nathan even more to come back from some struggles he’s had earlier this year. Being back here together, on the same stage, fighting on the same day as well, is special. It’s memories we’ll never forget for sure.”

The Katz brothers are the sons of Kerrye, who competed for Australia at the Seoul Olympics in 1988, when women’s judo was a demonstration sport.

Their father Robert was her coach then and he now coaches the brothers. 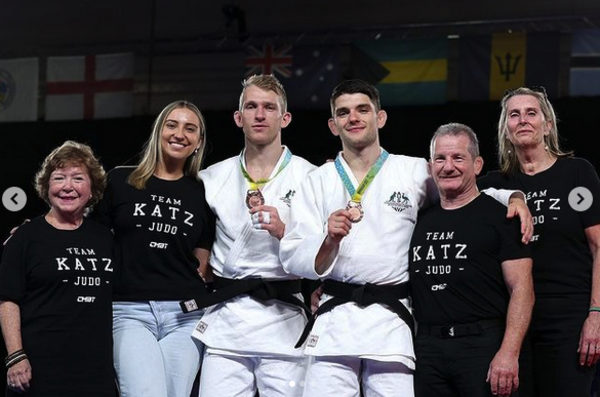 “I was extremely nervous, but by the time it had all finished there were lots and lots of tears,” Kerrye said after watching Josh and Nathan claim bronze.

Robert added he was “completely proud” of his boys.

“It’s a huge build-up and very stressful,” he said.

“I love being part of it and part of their preparation. Being here was super, absolutely super.”