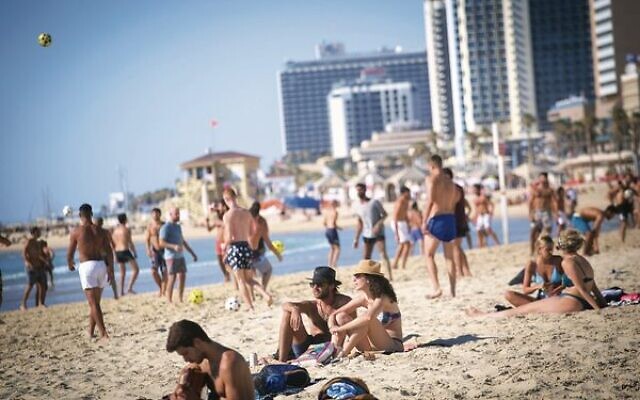 TEL Aviv was named the world’s “funnest” city and eighth-best city overall by Time Out magazine earlier this month.

The publication sought out the opinions of almost 27,000 city-dwellers on food, culture, nightlife, community, neighbourhoods, overall happiness and other factors in their own cities, such as community projects, green spaces and sustainability.

Ranking Tel Aviv eighth overall, the magazine said that Israel’s second-largest city had scored highest in the “fun” category, second in the food and drink category, and was the city most likely to be described as “good for people like me”.

“The pandemic caused the ‘city that never stops’ to take a well-needed pause. Spaces like Dizengoff Square and Park HaMesila played host to picnics, gigs, screenings and talks. After the lockdowns, Israel led the vaccination race and before long locals were back sipping cappuccinos in cafes and doing yoga on the beach.”

The magazine said 81 per cent of Tel Aviv residents say that their city is “fun” and 84 per cent say that they can “express themselves”, adding that the city “is home to the region’s biggest Pride Parade, the widest choice of vegan options, and its nightlife always offers a real alternative”.

Tel Aviv was the highest-ranked city in the Middle East, with Dubai coming in 26th and Abu Dhabi 30th.