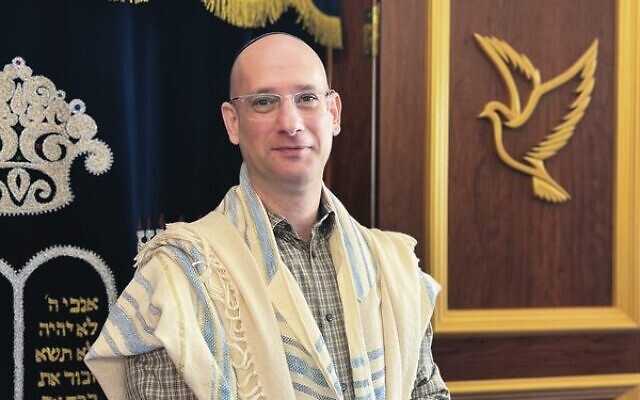 The Gold Coast’s Temple Shalom recently celebrated two significant milestones in its history with a special Shabbat service for the community.

“It was a landmark in the life of the congregation, celebrating years of consistent presence in the Gold Coast and also setting goals for the future,” said Temple Shalom’s Rabbi Adi Cohen.

After years of holding services in the homes of community members, the Temple building was originally consecrated in May 1982 by Rabbi Richard Lampert, the late Cantor Michael Deutsch and the then Gold Coast mayor.

Ten years later, the Temple building was extended to serve the needs of the growing community and was dedicated by Rabbi Uri Themal in June 1992.

Temple Shalom is the only congregation to serve the Progressive Jewish Community in the Gold Coast.

“[The Temple is] a place of worship but also a centre of Jewish life on the Gold Coast,” said Rabbi Cohen.

Representatives of the Union for Progressive Judaism (UPJ), the Queensland Police, and several state and federal politicians attended the service, including Angie Bell MP.

“The ruach was excellent … [Temple Shalom] really is a place that’s bringing people together in a beautiful way,” said David Knoll, co-chair of the UPJ, who addressed the event.

Anthony Spray was called to the Torah as part of the celebrations. His father, Len Spray, was the first community member to offer his home to services on Chevron Island.

“It was moving for everyone in attendance, especially for the people who established the shule to see their legacy for generations to come,” said Rabbi Cohen.

“It is a testimony that their dream came true, and now it’s up to us to keep it going.”