MORE than 40,000 Jews in Australia, New Zealand and beyond were determined not to let coronavirus restrictions spoil Lag b’Omer, joining in a landmark online celebration emphasising “chai” (life) – symbolised by the number 18.

At 6pm on Monday (the 18th of Iyar), for just over a quarter hour, they ditched isolation woes for 18for18, a cyberspace celebration marking the holiday.

The 18-minute party on Facebook, YouTube and its own website – followed by musical performances and a magic show – initially aimed to attract 18,000 followers, but that target was blown away, with more than 40,000 views, an elated 18for18 coordinator Rabbi Moshe Kahn of Melbourne said, as he thanked volunteers and sponsors. 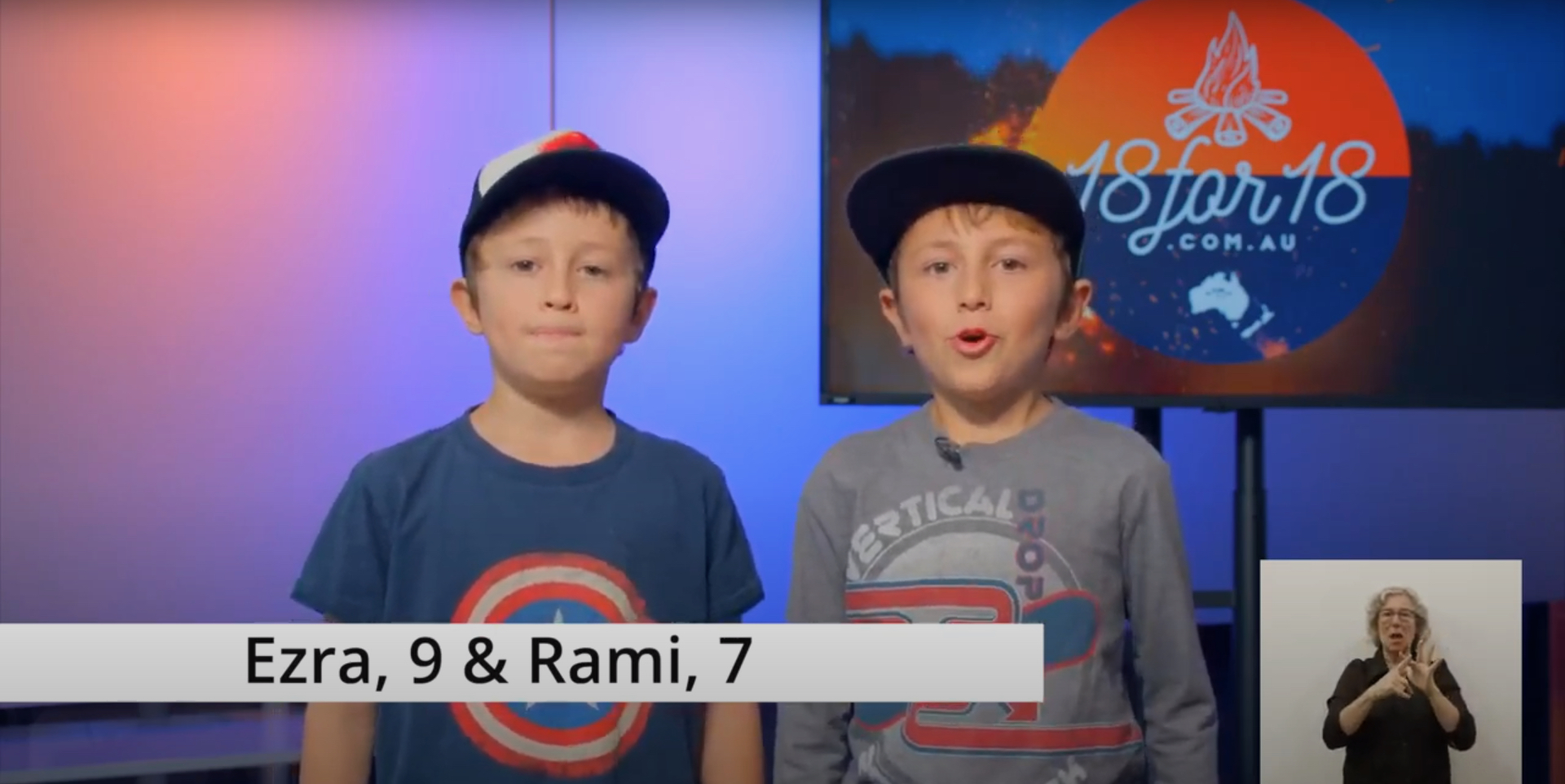 Youngsters getting in the Lag b’Omer spirit.

He and other rabbis had hatched the idea just over a week earlier, picking the 18,000 target which they actually thought could not be reached. The turnout was “a testimony to a sense of unity and community, to a sense of connectivity”, Rabbi Kahn told The AJN.

One participant exclaimed, “The coronavirus can separate us but nothing can stop us celebrating Jewish life together.”

Hosted by Alice ‘In Frames’ Zaslavsky, and introduced by Rabbi Lord Jonathan Sacks, the event brought messages of hope and unity from acclaimed Jewish figures, interlaced with cameos from Jewish Australians and New Zealanders, amid a lively mix of Jewish music.

With people from Perth to Auckland sending greetings, 18for18 was endorsed across the community. Chabad’s Young Professionals in Sydney, led by Rabbi Mendy Ulman, delivered dozens of snack packs before the event. 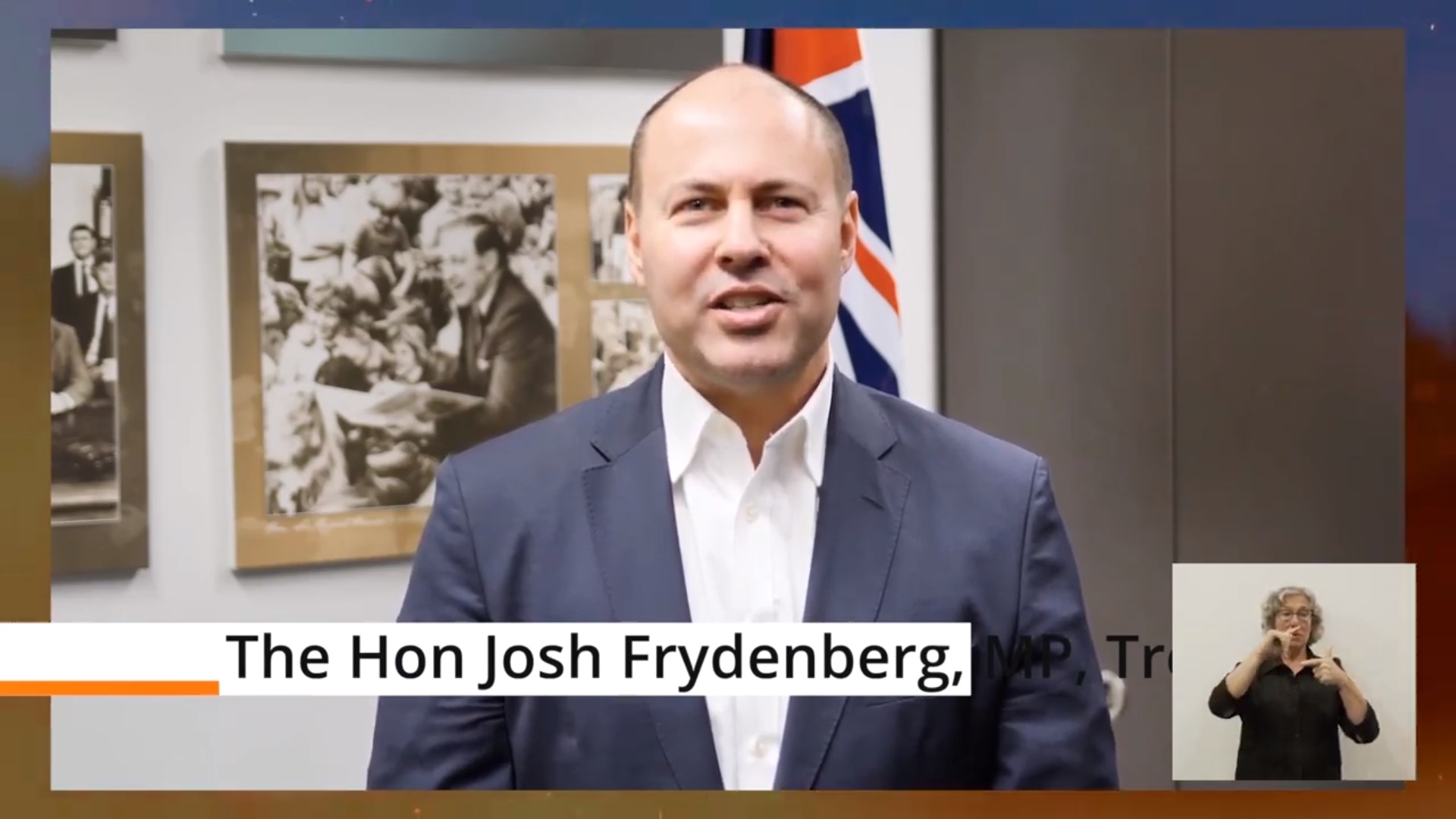 The Treasurer appeared in the video.

Special guest, federal Treasurer Josh Frydenberg, told his web audience, “As we deal with the COVID-19 crisis, it’s more important than ever that we show extra consideration and kindness as we all support each other through these challenging and uncertain times.”

Australian business magnate Sir Frank Lowy, speaking from Israel, contrasted the COVID lockdown with his Holocaust years, admitting, “Memories did come in from time to time, particularly when on the seder … I was on my own. It reminded me of when my father [killed in the Holocaust] was missing.

“Those memories are very difficult to cope with, particularly when you are alone. But I do feel myself connected to the Jews of Australia and New Zealand and to the Jews of Israel. And I hope God will help us and we’ll be out of this predicament in the very near future.”

Natan Sharansky, former refusenik and Jewish Agency chairman, said from Jerusalem, “In these days of corona, as many of us are isolated in our homes, and some of us feel desperate, helpless, hopeless, well, let’s remember that our strength is in the fact that we are never alone, we are always connected … For the many years that I was in prison, whatever the KGB was saying to me, that I’m alone, I knew that I was not.” 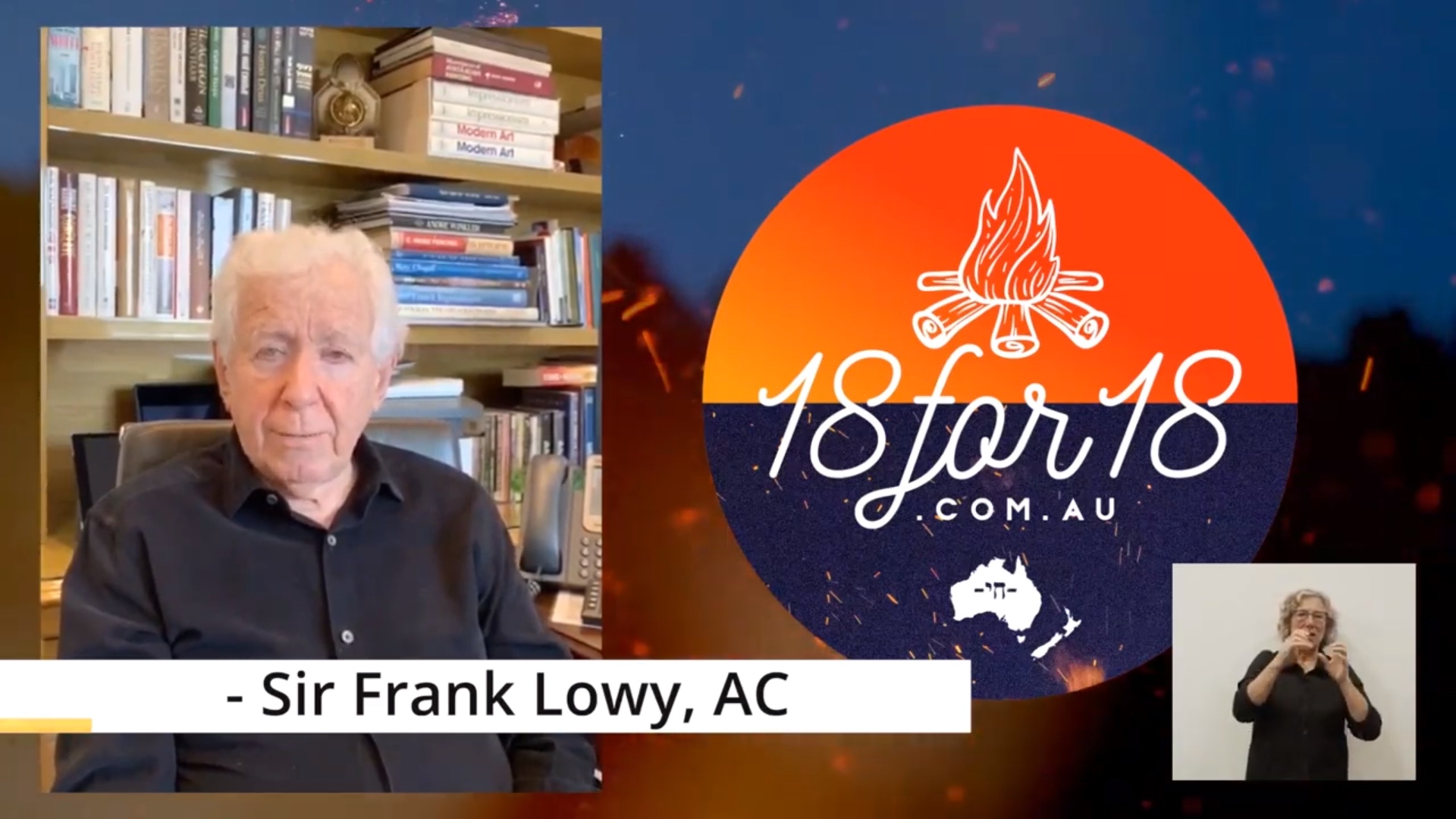 Meanwhile, Israel’s ambassador to Australia Mark Sofer told viewers, “The Jewish people survived through all the trials and tribulations throughout the ages because they harboured a sense of oneness … Unity does not mean agreement on each and every issue … it means unity of purpose.”