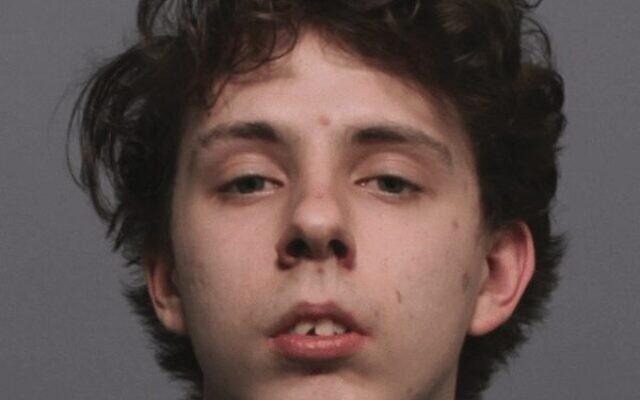 A YOUNG British right-wing extremist who was convicted last year of a terrorism offence has been sentenced to two years in prison, months after his initial punishment – an order to read classic English literature – drew intense criticism from Jewish and anti-racism groups.

Ben John, 21, had been charged last year for possessing information likely to be useful for preparing an act of terror, after downloading almost 70,000 white supremacist documents and bomb-making instructions. This included antisemitic material.

The original judge had said John’s actions were likely an isolated “act of teenage folly” and ordered him to reappear in court every four months to be “tested” on classic literature by Charles Dickens, William Shakespeare, Thomas Hardy and Jane Austen.

Amid an outcry by various groups, Britain’s Attorney-General told the country’s Court of Appeal to review the sentencing.

Prosecutors told the new judge that shortly after receiving his original punishment, John had returned to extremist activities.

“We now know that within a week of giving an apparently sincere promise to the judge, he resumed his interest in the far-right,” Solicitor General Alex Chalk QC said.

“He began liking Nazi posts online and other extremist activity five days after promising the judge he had put it behind him.”

The judge said the original judge’s leniency had been “understandable”, but ruled, “We are satisfied there must be a sentence of immediate imprisonment.”

Welcoming the new ruling, the Campaign Against Antisemitism said, “It was inexplicable that a man who collected nearly 70,000 neo-Nazi and terror-related documents could entirely avoid prison for crimes that carry a maximum jail term of 15 years. Instead, Ben John left court with a mere suspended sentence and some English homework.

“The British public can sleep safer tonight knowing that the Court of Appeal has shown sense, rectified the alarming joke of a sentence originally handed down to Mr John, and jailed a dangerous individual.”