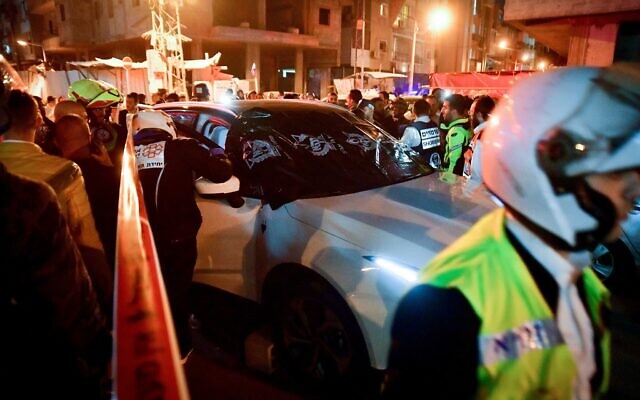 Israeli police officers and rescue forces are seen at the scene of the shooting. Photo: Avshalom Sassoni/Flash90

Five people were killed when a Palestinian man opened fire on passersby in Bnei Brak on Tuesday night, marking the third deadly terror attack in Israel in a week.

The gunman was killed by police following a rampage that saw him open fire on people out walking, riding bikes, or driving in their cars in the Tel Aviv suburb. The attack is expected to further ratchet up fears of a wave of violence ahead of the Muslim holy month of Ramadan.

Four of the victims were declared dead at the scene, with a fifth added to the fatalities after being rushed to the Beilinson Medical Center, officials said.

The victims were not immediately named. Security officials identified the shooter as Diaa Hamarsheh, 27, a Palestinian from the town of Ya’bad near Jenin.

According to police, Hamarsheh arrived in the city in a vehicle, disembarked, and began opening fire with a large rifle.

A video from the scene showed a man with a rifle standing in a parking area of a residential building shooting into the street as a young man in ultra-Orthodox garb runs away.

Moments later, the shooter aims at a person riding past the area on a bicycle, but does not shoot him. As he walks into the street, the gunman yells in Hebrew for an approaching car to “stay still” before shooting the driver, who crashes his vehicle into the building. The gunman then runs away, apparently to the scene of a second shooting hundreds of feet away where he killed more people.

The gunman was eventually shot dead during the attack, according to police. However, officers were searching for possible accomplices. Hebrew-language media reports said a second suspect was detained at the scene.

It was not immediately clear how Hamarsheh entered Israel. He previously served time in Israeli prison for membership in a terror group.

The attack came at a time when security forces were already on heightened alert, after two attacks committed by terrorists inspired by Islamic State left several people dead in the past week. 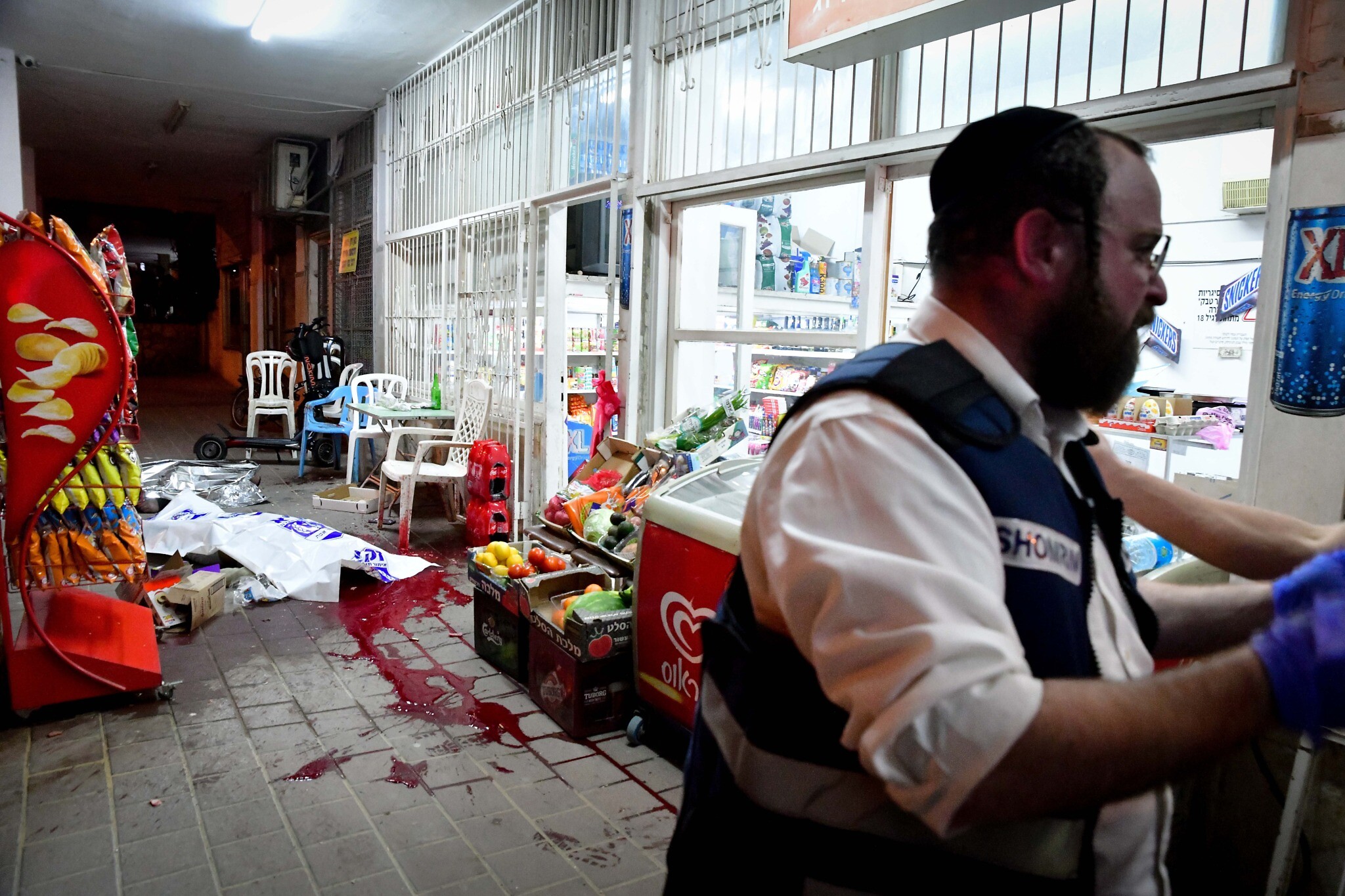 Officers at the scene in Bnei Brak. Photo: Avshalom Sassoni/Flash90

On Sunday, two police officers were killed in a shooting attack in Hadera. The Arab Israeli gunmen were affiliated with the jihadist group.

Five days before then, four people were killed in a terror attack in the southern city of Beersheba. The terrorist — previously convicted of attempting to join the Islamic State — was shot dead by passersby. He was also an Israeli citizen.

Police had bolstered forces in areas where there was a threat of violence, following the attack in Hadera. The Israel Defense Forces has also bolstered troops in the West Bank.

Last weekend, two officers were hurt in a suspected stabbing attack in East Jerusalem’s Ras al-Amud neighborhood, and an Israeli man was stabbed and lightly hurt when he was out jogging on Jerusalem’s Hebron Road.

Earlier this month, there were several attacks in Jerusalem’s Old City, and in a nearby West Bank town.

Israeli officials have expressed fears that violence could ratchet up alongside Ramadan, which begins in early April.