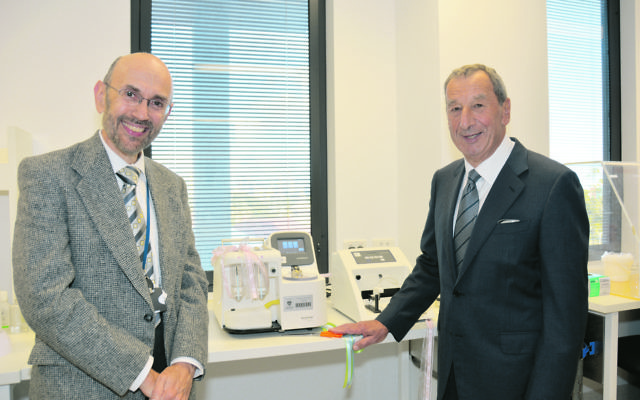 NINE conditions that affect Jewish people will be tested for in 2015 as the High School Genetic Testing Program continues to expand its scope.

The program began in 1995 testing only for Tay-Sachs disease, and every few years since, as science and technology advance, has been able to offer testing for additional conditions.

Professor Leslie Burnett, who has been the honorary medical director of the program since its inception 21 years ago, told The AJN it’s been “incredibly successful” in making sure young people are informed about risks they may have for some important genetic conditions before they reach the stage of family planning.

“We found that since the school screening program has commenced, there has been a complete disappearance of all new births of Tay-Sachs disease to any Jewish family whose parents have participated in the screening program,” Burnett, a genetic pathologist with the NSW Health pathology service, said.

Testing is organised through and funded by Wolper Jewish Hospital, and is offered to year 11 students at Emanuel School, Kesser Torah College, Masada College, Moriah College and Reddam House. Though participation is voluntary, the program experiences an uptake of above 90 per cent among students.

The nine conditions which will be tested for when the schools undergo their testing in the coming months are Tay-Sachs disease, Bloom syndrome, Canavan disease, cystic fibrosis, familial dysautonomia, Fanconi anaemia type C, glycogen storage disease type 1A, mucolipidosis type IV, and Niemann-Pick disease type A.

Burnett said there are potentially more than two dozen conditions which are of relevance to the Jewish community, and as technology continues to advance, it is hoped that more will be incorporated into the testing.

Also new this year is a relocation of the testing facility from the Royal North Shore Hospital to laboratories at the Prince of Wales Hospital. To accommodate this move, students who undergo the testing this year will receive their results at the end of 2016, at the same time as the students who are tested next year.

Burnett said this should have no consequences, but if there was a situation in which any student needed their results urgently, that could be arranged.

He also emphasised the availability of genetic counsellors, who can assist the students and their families in understanding and interpreting the results.