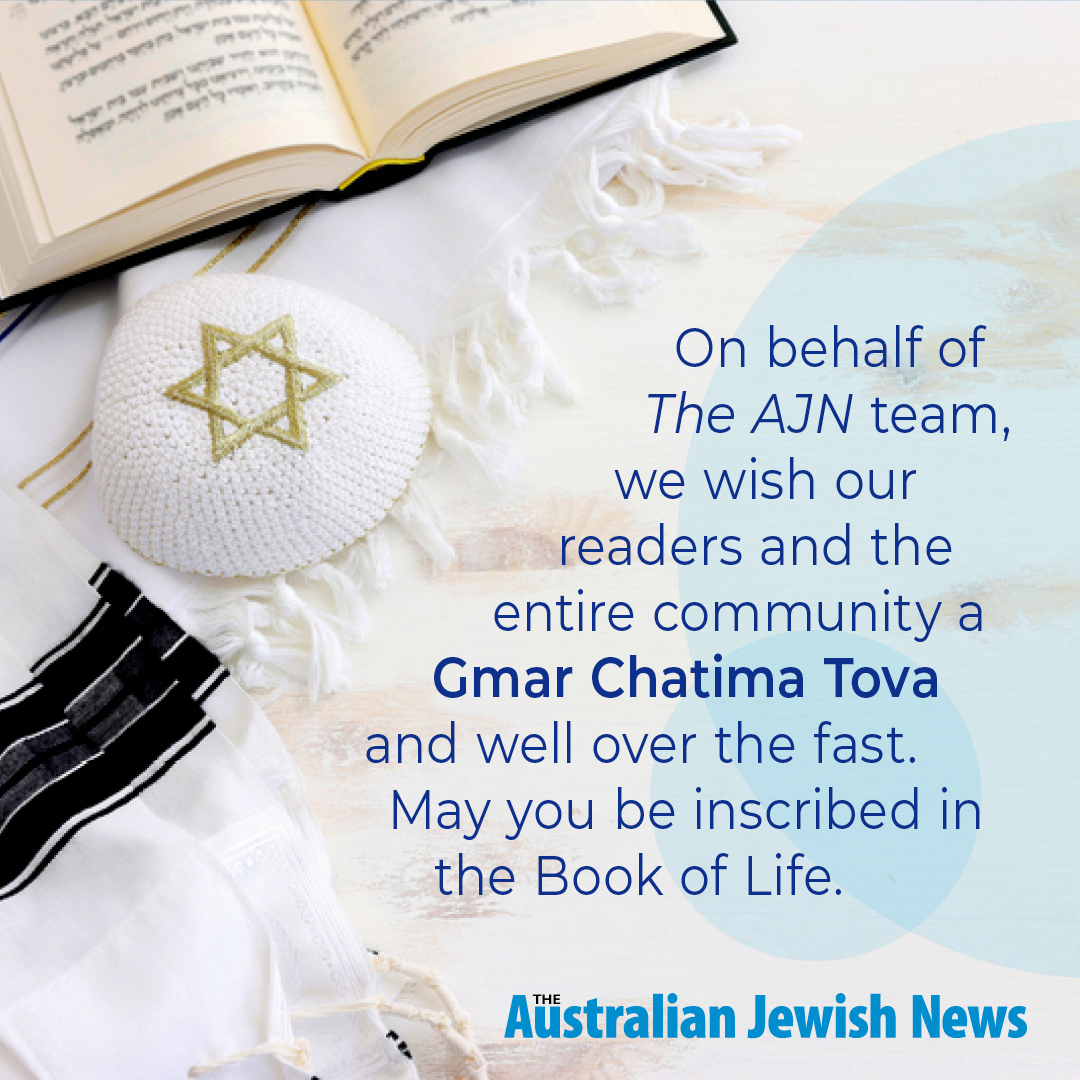 TWO weeks ago, in our pre-Rosh Hashanah issue, we noted in our editorial that Melbourne and Sydney were unique among Diaspora communities in that they were the only ones around the globe forced to spend a second Jewish new year in lockdown – no shule services, no family gatherings, no communal tashlich.

It would be presumptuous to suggest that it was The AJN that brought it to their attention – more likely it was international coverage of last week’s “Siege of Ripponlea” – but in the past few days rabbis from around the world have taken notice, and called for lockdown restrictions on religious gatherings to be eased for Yom Kippur.

No lesser VIPs than the Chief Rabbis of Russia and Israel have weighed in, the former – Berel Lazar lamenting “the plight of the people of Melbourne”, the latter – Yitzchak Yosef – pleading with Victorian Premier to allow services “in a safe and regulated manner”.

Quite why NSW Premier Gladys Berejiklian was not similarly lobbied by these international Jewish leaders and why they chose the Chosen People of Melbourne to rally behind rather than the Chosen People of Sydney is a question best put to them. Again, perhaps the ‘Siege of Ripponlea’ played its part in drawing their attention to Victoria, or perhaps they’re not fully conversant with the geopolitical realities of Australia’s states and territories … or perhaps it was because it was Melbourne rabbis who urged them to put pen to paper.

Whatever the reasoning, with dozens of Orthodox rabbis in Victoria signing no fewer than three different letters to the Premier, and with a number of medical professionals throwing their weight behind the pleas, as the clock ticked down to Yom Kippur, there was some ever-so-slight hope that with proper procedures and protocols in place, COVID-safe services could be held.

Alas it was not to be. And so, The AJN joins all those communal leaders who rightly condemn illegal gatherings, stress the risks to our health and that of the wider community from such illicit get-togethers, and affirm, in no uncertain terms, the Jewish principle that “the law of the land is the law.”

Wishing all our readers well over the fast. And as we now traditionally say on yom tov, “Next year in synagogue.”