Nurses are the beating heart of every hospital around Australia. They’re there to guide you, hold your hand, smile when you arrive and wave you off when you depart. But more than that, they’re also the unsung heroes, rarely given the praise and appreciation that they so very much deserve. Nurses, now screening on Channel 7, seeks to change that. 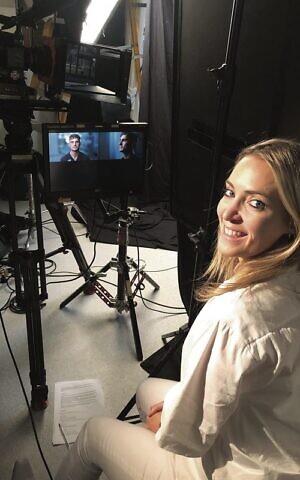 Sydney’s Emanuel School and Reddam House graduate Lexi Landsman, who began her career as a journalist with The AJN, was the supervising producer on Nurses. With several TV shows under her ‘producing belt’, from Border Security to World’s Richest Dogs, Landsman has worked with most Australian networks.

And she absolutely relished her time spent with the nurses, shining a light on the amazing work they do.

“Traditionally, people used to view nurses as Florence Nightingale – nurses holding a bed pan at a patient’s bedside and wiping brows,” Landsman told The AJN. “Working on the series, I got to see just how diverse and varied nursing is.”

It’s not just the work either. Nurses also gives viewers a glimpse into the incredible stories of the women and men themselves, many of whom have inspiring backstories.

Traditionally in medical shows, it’s the doctors who are centre stage and receive the praise, so we wanted to shift the perspective and give audiences a unique window into the world of nurses

A day in the life

The series follows nurses at Sydney’s St Vincent’s public and private hospital and Mater Hospital in North Sydney, working across all fields of medicine, from mental health to palliative care, emergency through to organ transplantation, which is completely coordinated by the nurses, as Landsman found out on the series.

“I was amazed to learn that there are seven dedicated nurses in NSW who work as transplant co-ordinators, organising every detail of a heart or lung transplant. They then go out on the retrieval missions – sometimes across the country – to retrieve the donor organs and bring them back to St Vincent’s to patients on death’s door,” said Landsman.

Viewers get a peek at this process on the show, as well as the broad spectrum of nursing, going into the heart of the medical frontline. 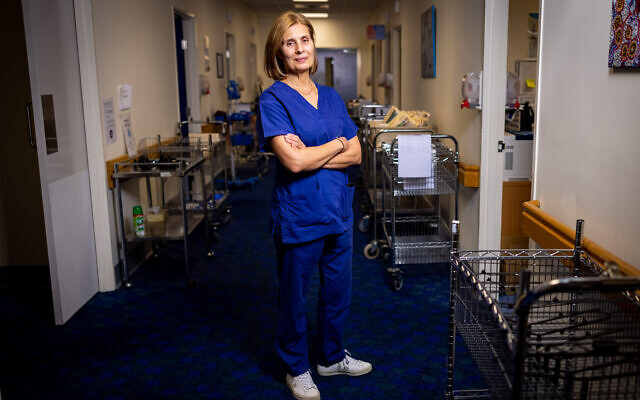 Michelle Watson, who goes by Michelle Pilson for work, is a senior development producer for ITV Studios. Originally from New York, now living in Sydney and part of the Emanuel community, Watson said the series was already in development more than a year ago.

“At a time when COVID was ravaging hospitals around the world, the bravery of those who put themselves at risk to help others was impossible to ignore. Who can forget the Banksy artwork featuring a nurse as a superhero or daily cheers for healthcare workers?” she said.

“While television has seen a number of unscripted shows in the medical genre, it was our belief that nurses had, for too long, been the unsung heroes of the profession.”

It’s a sentiment echoed by Landsman, who coincidentally found herself in a ward at St Vincent’s Hospital during filming, diagnosed with pneumonia.

“Traditionally in medical shows, it’s the doctors who are centre stage and receive the praise, so we wanted to shift the perspective and give audiences a unique window into the world of nurses,” she said.

“I have always had a deep respect for nurses, but being a patient gave me a renewed sense of gratitude for their selfless dedication to helping others.” 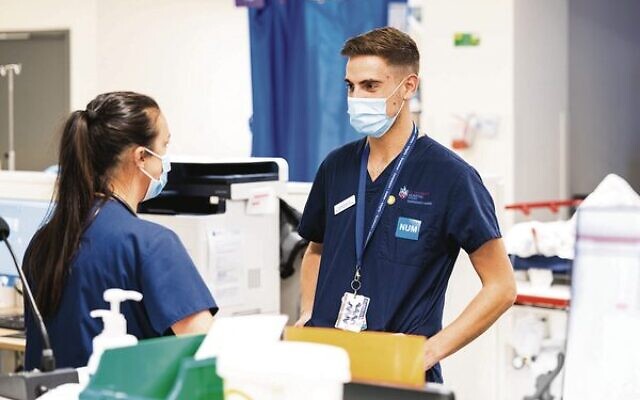 Darren Scott in a scene in Nurses. Photo: Ben Symons

You’d be hard-pressed to find anyone who hasn’t been touched by the stories of nurses throughout the COVID-19 pandemic. As Landsman said, for the past 18 months we’ve been saturated with heartbreaking images of nurses, covered head-to-toe in PPE gear, faces streaked with tears and bruises from masks, hands raw from constant washing and sanitising, exhausted beyond belief. Yet, they push on.

“Nursing is one of the most trusted, and toughest professions,” said Landsman.

Towards the end of filming, COVID reached Sydney’s shores again. And through the series, audiences are witness to the even greater roles nurses are playing. With patients unable to see loved ones, nurses have become the only support-person available.

“For most people, being in hospital is daunting and scary, and it’s the nurses who provide comfort and support. As one of the nurses said to me: ‘Doctors get the handshakes, we get the hugs’,” Landsman explained.

Who can forget the Banksy artwork featuring a nurse as a superhero or daily cheers for healthcare workers?

“In these scary COVID times, our frontline medical workers deserve our utmost respect and recognition. They hold hands and offer support, listen to life regrets and pass on dying words. It was a privilege and joy meeting so many inspirational nurses, who work around the clock in their unwavering commitment to care. It feels more poignant now than ever to have a show that shines a spotlight on the incredible work of our frontline heroes.”

They are, after all, the beating hearts of the hospital.

Nurses screens on Channel 7 on Wednesdays at 7.30pm and is streaming on 7Plus.