I want to start by thanking the 13th Prime Minister of the State of Israel, Naftali Bennett, for your decency, for your friendship and for leading the government this past year to economic and security achievements not seen here for years. A special thank you for allowing the citizens of Israel to see this week an orderly transition between people who keep agreements and believe in one another.

The State of Israel is bigger than all of us. More important than any of us. It was here before us, and will be here long after us. It doesn’t belong only to us. It belongs to those who dreamed of it for thousands of years in the Diaspora, and also to those yet to be born, to future generations.

For them and for us, we must choose the common good; that which unites us. There will always be disagreements, the question is how we manage them, and how we make sure they don’t manage us.

Disagreement is not necessarily a bad thing so long as it doesn’t undermine the stability of the government and damage our internal resilience. So long as we remember that we all have the same goal: a Jewish, democratic, liberal, big, strong, advanced and prosperous Israel.

The deep Israeli truth is that on most of the truly important topics – we believe in the same things.

We believe that Israel is the nation-state of the Jewish people. Its establishment did not begin in 1948, but rather on the day Yehoshua Bin Nun crossed the Jordan and forever connected the people of Israel with the land of Israel, between the Jewish nation and its Israeli homeland. 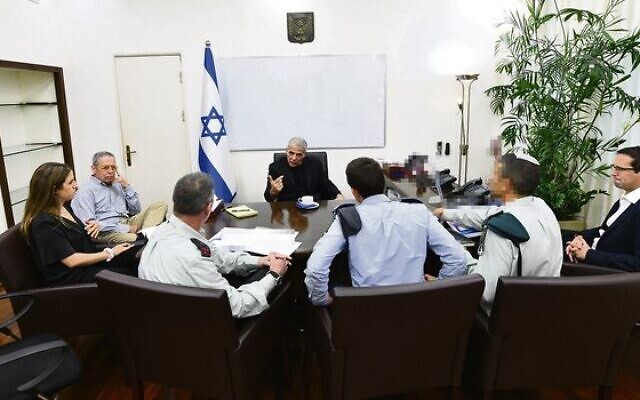 We believe that Israel must be a liberal democracy in which every citizen has the right to change the government and set the course of their life. Nobody can be denied their fundamental rights: respect, liberty, freedom of employment, and the right to personal security.

We believe we must always preserve our military might. Without it, there is no security. I am the son of a Holocaust survivor – a 13-year-old Jewish boy who they wanted to kill and who had no one to protect him.

We will defend ourselves, by ourselves. We will make sure we always have the Israel Defence Forces, an army with undeniable strength, that our enemies fear.

One night in the winter of 1944, in the Budapest Ghetto, my grandmother called out to my father, and told him: “My child, you don’t know it, but today is your bar mitzvah. I can’t bake a cake, your father won’t return.” My grandfather perished in the Mauthausen concentration camp.

“But there’s one thing I can do.” And she took out a small bottle of perfume, Chanel 5, which was the perfume of elegant ladies before the war. We will never know how she kept it all that time. She shattered it on the floor and said, “At least it won’t stink at my son’s bar mitzvah.”

We believe that Israel is a Jewish state. Its character is Jewish. Its identity is Jewish. Its relations with its non-Jewish citizens are also Jewish.

The book of Leviticus says, “But the stranger who dwells with you shall be unto you as one born among you, and thou shalt love him as thyself.”

We all have the same goal: a Jewish, democratic, liberal, big, strong, advanced and prosperous Israel.

We believe that so long as Israel’s security needs are met, Israel is a country that seeks peace. Israel stretches out its hand to all the peoples of the Middle East, including the Palestinians, and says: The time has come for you to recognise that we will never move from here, let’s learn to live together.

The people of Israel will not dwell alone. It is our job to continue to strengthen our position in the world, our relations with our greatest friend and ally, the United States, and to harness the international community in the struggle against antisemitism and the delegitimisation of Israel.

We believe that the Israeli economy must be based on free-market principles, on the creativity and dynamism of Israeli technology, and that our job is to protect those who have nothing. To provide a fair opportunity for every child, everywhere. 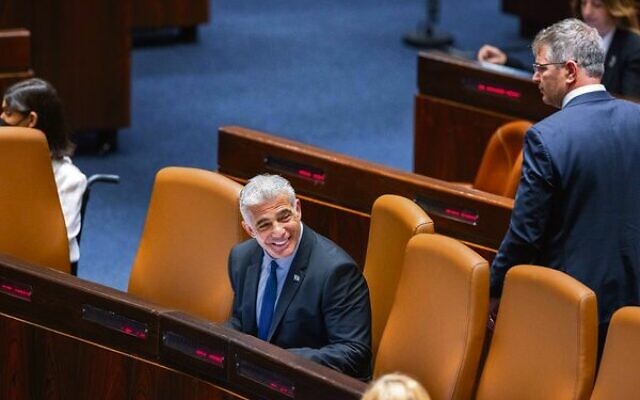 We believe that the Iranian threat is the gravest threat facing Israel. We will do whatever we must to prevent Iran from acquiring a nuclear capability, or entrenching itself on our borders.

I stand before you at this moment and say to everyone seeking our demise, from Gaza to Tehran, from the shores of Lebanon to Syria: don’t test us. Israel knows how to use its strength against every threat, against every enemy.

We won’t be quiet and won’t rest until our sons are returned: Hadar Goldin and Oron Shaul of blessed memory, Avera Mengistu and Hisham al-Sayed.

There is something else that we believe in: that we are allowed to disagree. Freedom of expression is a fundamental principle. Freedom of the press is a component without which democracy cannot survive.

It is incumbent upon us to put effort into revealing the facts and understanding the truth.

In Israel, extremism doesn’t come from the streets to politics. It’s the opposite. It flows like lava from politics to the streets.

The great Israeli question is actually why in a period in which we have wide national agreement on all the important topics, the levels of hate and anxiety within Israeli society are so high. Why is polarisation more threatening than ever?

The answer is – politics. In Israel, extremism doesn’t come from the streets to politics. It’s the opposite. It flows like lava from politics to the streets. The political sphere has become more and more extreme, violent and vicious, and it’s dragging Israeli society along with it. This we must stop. This is our challenge.

The State of Israel – Israelis – are better than this. Here, there is brainpower, imagination, and strength that cannot be found anywhere else.

The Israeli economy is a pilgrimage destination for the entire world. Precisely in a time of global crisis, our potential grew. We know how to change, to improve – we just need to do it together.

There are two photos hanging in my office in the Knesset, one alongside the other: David Ben-Gurion and Menachem Begin. Two political rivals, but also the two most important prime ministers we have had. They often argued, but they also always remembered they had the same goal: building the strength and moral character of the State of Israel.

This goal is greater than all that divides us. Our test is not whether or not we win the argument, but rather, if we learned to find a way to work together with those who don’t agree with us. 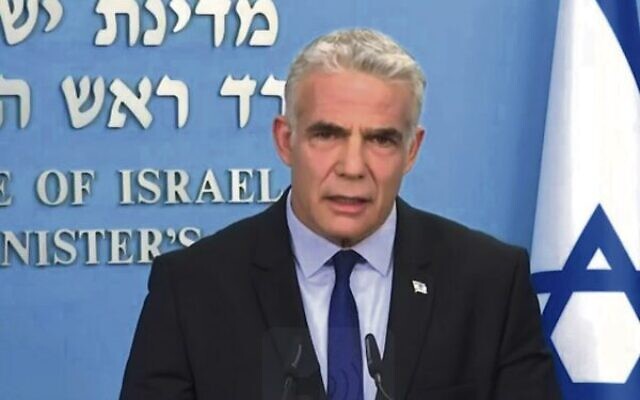 Many people who didn’t vote for this government are listening to this speech, many people who don’t and won’t support it. I thank you for your willingness to listen. I ask to work together with you for the good of our country. I’m committed to serving you as well. I embrace the words of my predecessor, and want to repeat them: we are brothers.

The challenges before us are immense. The struggle against Iran, terror at home, the Israeli education crisis, the cost of living, strengthening personal security.

When the challenges are so great, we cannot let disagreements consume all our strength. In order to create a common good here, we need one another.

Our children are watching us. What do we want them to see? We want our children to see that we did everything to build a Jewish and democratic, strong and advanced, benevolent and good Israel.

Only together will we prevail.