The beauty of Decadance is that it is never the same show. You can book tickets for several different performances and see things differently each time. It’s how Ohad Naharin envisaged the production, which is made up of excerpts from his works over the years with Israel’s Batsheva Dance Company.

But, it’s much more than a sum of its parts.

In fact, Decadance, which forms part of the 2022 Sydney Festival, shows just how magnificent dance can be when you experiment. 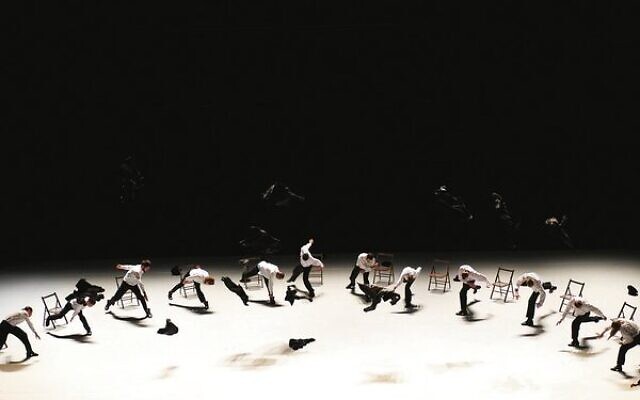 “Although Decadance is made up of parts from existing works, each part can be experienced totally anew removed from its original context. A bit how the same view can be experienced differently, depending on your frame of mind or the time of day you see it,” said Rachael Osborne.

Osborne, who trained at the National Capital Ballet School in Canberra, joined Ensemble Batsheva in 2001 and then the Batsheva Dance Company in 2003. She’s now a freelance dancer and teacher, and part of the team bringing Decadance to life in Sydney.

The fact it coincides with Australia opening up after the past few months of lockdown, and with the new year just adds to this moment of endings, beginnings, reunions, new meetings and joy.

She finds the variations fascinating.

“Despite having performed versions of the work for over a decade, and having restaged Decadance many times, with each iteration, I find a new, coherent and unique work is created. We end up with a different story each time,” she told The AJN.

As Osborne explained, since Decadance premiered in 2000 it has been reimagined time and time again, with sections from newer works added and others taken away.

The piece is described by Sydney Festival as a contemporary dance that speaks to everyone, “bursting at the seams with vitality and impact, featuring physical refinement alongside playfulness”.

With an eclectic soundtrack ranging from Dick Dale to John Zorn and The Beach Boys, dancers from Sydney Dance Company bring “fresh life and fresh limbs to a work that is constantly evolving as part of the repertory of major dance companies worldwide”.

Something that Osborne and the team are implementing with Sydney Dance Company is starting the day with Gaga, the movement language created by Naharin to help dancers interpret dance and choreography.

“In Gaga we look for a big workout and how to connect the effort to our pleasure, how to experience new sensation by listening to our bodies before telling it what to do, and how to recognise our habits and replace them with new, better ones,” Osborne explained.

“At Batsheva, the dancers start the day with Gaga each and every day. We’re also starting many days with Gaga at the Sydney Dance Company.”

Along with most of the live entertainment world, all of Naharin’s productions were put on pause throughout the pandemic. The first shows took place in Croatia and France last month and with the Sydney Festival just around the corner, Osborne can feel the excitement and relief from dancers, audience members and stagers alike.

“I get so much from this process each time it’s hard to say,” she said when asked what she’s most looking forward to about the piece and the Sydney Festival.

“What’s special about Sydney for me is that it’s bringing Ohad’s work, the work that I fell in love with many years ago, back home. I hadn’t heard of Batsheva or much at all about Israel before seeing Anaphaza in 2000 in Brisbane. That all changed in an instant for me, and I really hope young dancers who come to see Decadance, will feel the same sense of epiphany that I did back then.”

Osborne also says it’s incredibly rewarding this time because the cast is made up of local dancers.

“We’re having a great time with them in the studio! The fact it coincides with Australia opening up after the past few months of lockdown, and with the new year just adds to this moment of endings, beginnings, reunions, new meetings and joy.”

Decadance is at the Sydney Opera House from January 6-9 as part of Sydney Festival 2022. Bookings: sydneyfestival.org.au