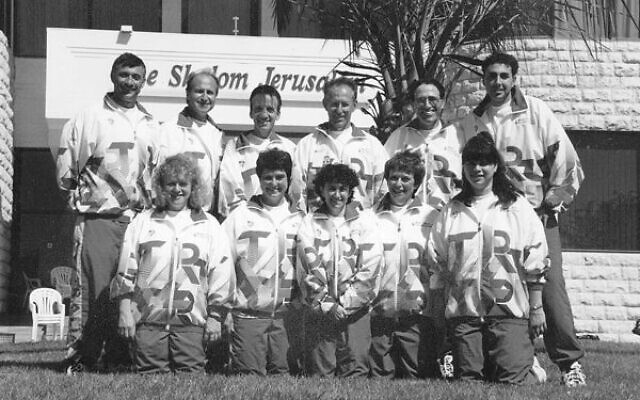 Harry Procel was the general team manager in 1997.

“AT first it was absolute shock,” Harry Procel told The AJN.

Procel was Australia’s general team manager at the time and he had just reached the other side of the bridge when he heard the sickening sound of it breaking.

Over the next few hours Procel and the rest of the Maccabi leadership scrambled to work out how many members of their team were injured. After a head count, they realised there were 63 injured Australians receiving treatment in four different hospitals around Tel Aviv.

“I’ve never forgotten them and they do stay with me”

“I remember running up to my room and getting my team handbook because it had photos of everyone so I could try and identify people when I went to the hospitals,” Procel said.

“That was between one and four in the morning, and then at four o’clock in the morning we did a press conference. Then we had a meeting between five and seven in the morning of the team leadership to decide what to do.”

By that point Greg Small and Yetty Bennett, both members of the ten pin bowling team, had tragically lost their lives.

The mood was “shock and sombre”, but Procel said the team was called back together to allow them to decide whether or not they wanted to remain and compete, or return home. The president of Israel at the time Ezer Weizman addressed the team, but Procel remembers that it was the group leader of the ten pin bowling team who tugged at everyone’s heart strings.

“Daniel Zalcman got up and said we should stay and honour the memories of those who had passed,” Procel recalled.

“That was overwhelmingly supported by virtually the whole team.”

The Games were halted for a 24-hour mourning period before they resumed, but Procel said the memory of the tragedy will never leave him.

“I’ve never forgotten them and they do stay with me,” he said.

“It’s something I’ll always remember and it was one of those tragedies you never really get over.”