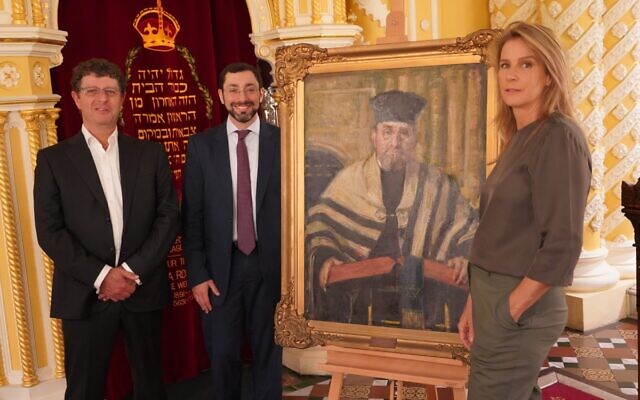 With image after image carried around in our pockets, smartphones have made it easier than ever before to capture moments in time. Whether it’s the cheeky faces of our toddlers, a beautifully intimate moment of a groom seeing his bride for the first time or the touching moment of a grand- mother lovingly hugging her grandchild, millions of pictures are recorded each and every day. But before we had smartphones, indeed before we had cameras, it was up to the great artists to immortalise moments and faces.

And as Australian actor and director, Rachel Griffiths, who, as it turns out, has Jewish ancestry, says in her opening moments of Finding the Archibald, “Portrait painting became one of our most beloved arts”.

Multi-award-winning producer Dan Goldberg is behind Finding the Archibald. Goldberg began his career in newspapers and magazines, including as editor of The AJN.

In 2017, Goldberg directed a four-part series called The Archibald which followed eight artists as they vied to win the 2017 prize. It was during that series that Goldberg decided the centenary needed to be celebrated. 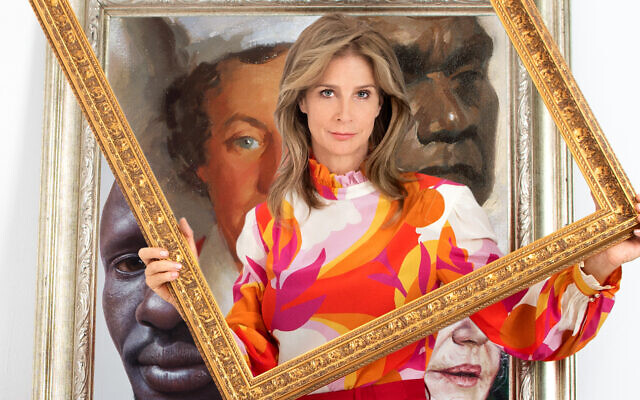 Finding the Archibald, currently screening on ABC, takes Griffiths through the history of the coveted portrait prize, following her quest to find The One – the portrait that encapsulates the changing face of Australia over the past century.

As Griffiths drives away from the hidden vault where previous Archibald portraits are kept, she explains her criteria.

“I don’t think I’m looking to be the judge of the greatest Archibald of all time, but I am looking for a timeless painting, where the art, in 100 years’ time, will still resonate … but the other thing that I think I’m looking for is a portrait that talks to the changing face of Australia, or at least, how we’ve changed in how we see ourselves.”

At the same time, the series documents Natalie Wilson, from the Art Gallery of NSW, as she curates an exhibition celebrating 100 years of the Archibald Prize.

Along the way, Griffiths takes viewers through the colourful life of Jules Francois Archibald, whose will initiated what she terms, “Australia’s most controversial art prize.”

She talks with artists including Ben Quilty, Natasha Nieniek, Vincent Namatjira, Abdul Abdullah, Wendy Sharpe and subjects including Asher Keddie, John Howard and Penelope Seidler, among others. She speaks to judges, school children, regular punters at Luna Park in Melbourne and a handful of celebrities who are connected to the prize.

It’s in episode three, though, when we see Griffiths, who has Jewish ancestry, go back to her roots, meeting Rabbi Benjamin Elton at Sydney’s Great Synagogue. Together, they view the award-winning portrait of Rabbi Porush, the only Rabbi to win the Archibald Prize and according to Goldberg, the ‘uncrowned Chief Rabbi of Australia’ at the time. “What interested us was that he was not only the first religious leader to win the prize, but one of the first non-Anglo faces to win,” Goldberg explains.

“The Archibald had been dominated in its first few decades by white men, and Rabbi Porush’s portrait marked a moment when the prize did seem to start to move towards reflecting a more inclusive Australia.”

It’s a sentiment echoed by both Griffiths and Rabbi Elton. Griffiths herself questions whether the wider community accepted the portrait for what it depicted – a distinguished Australian, during a time when Australia wasn’t really acknowledged as an immigration nation. “There’s a certain irony to a Rabbi winning this portrait competition as a sitter, because of course, Archibald was, himself, the founder of The Bulletin, which was a racist, antisemitic publication in favour of ‘White Australia’,” Rabbi Elton muses during the visit. “And yet, 40 years later, you have a Rabbi who might well have been kept out under the stringent policy of migration, who wins the prize in his name.”

Rabbi Porush’s portrait now hangs proudly at The Great Synagogue – a symbol of inclusivity, and one could argue an example of the changing face of Australia.

Finding the Archibald is available to watch on ABC iView