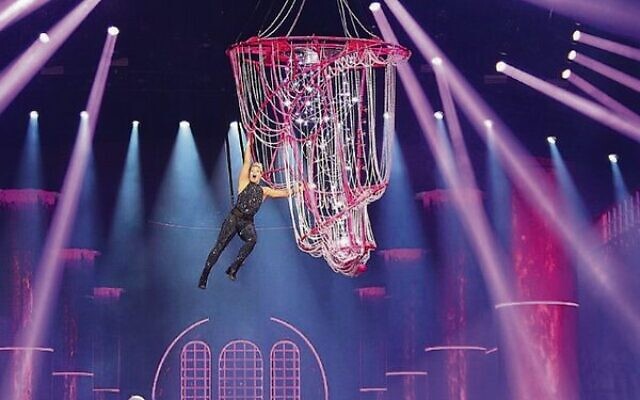 One of our favourite Jewish mamas, Pink, is known for her no-holds barred attitude.

She says what she wants and doesn’t give a flying hoot what people think. While in recent years, her ‘tude has settled down, Pink’s still undeniably and unapologetically honest. So, it didn’t come as a huge surprise to see her tirade aimed at Rolling Stone for its recent article about the 25 greatest Grammy performances throughout history.

For those who haven’t seen Pink perform, it’s filled with stunts and breathtaking Cirque du Soleil-esque routines while Pink belts out flawless vocals. Which is why it was an enormous surprise that her name was missing from that list.

“This is the magazine that used to feature people like John Lennon and Muddy Waters. Hunter S Thompson wrote political pieces – they put Tina Turner on their cover,” she wrote on Twitter.

“Then they sold out and all credibility went to s*** when ‘style over substance’ and ‘revenue over authenticity’ went into play … do your homework.”

One could make the case that Pink, of course, deserved a spot on that list, having rocked the Grammy stage in 2014, 2017 and 2021 with aerial-defying productions.

Calling the publication “irrelevant since 1990,” apparently Pink gets absolutely no “satisfaction” from the magazine.