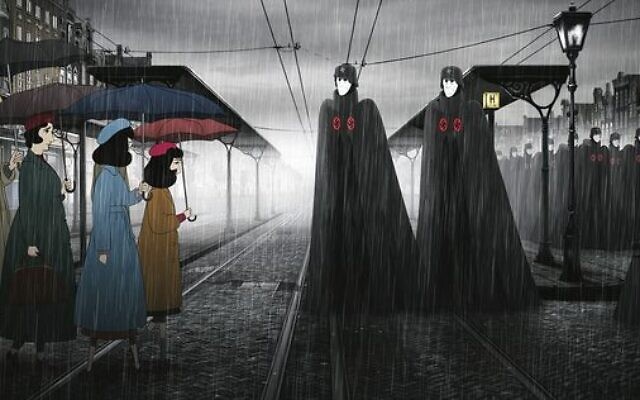 A still from Where is Anne Frank?

“If we fail to tell stories fitting to their way of doing things, we will not be able to establish a relationship with them…”

Director Ari Folman has said a lot of things about his film Where is Anne Frank? but it is the education of children that shines brightest through every interview. Folman knows that it is the young generation that have the power to change the world. That’s why it was so important for him to portray Anne Frank’s story in an entirely new light.

Where is Anne Frank?, which premiered at the Cannes Film Festival 2021, brings Kitty, the imaginary friend to whom Anne wrote in her famous diary, to life, as she follows Anne’s footsteps from the secret annexe to her tragic passing in the Holocaust. Kitty is convinced that by the mere fact that she is alive, Anne must be too.

Now, Where is Anne Frank? is coming to Australian cinemas as part of the Sydney Film Festival (SFF). The film is part of the Special Presentations program strand, described as “a selection of highly anticipated premieres, festival hits and local highlights”.

For Folman, portraying the Franks’ arrival in Auschwitz was the hardest task in the whole movie, because according to the director, there is no cinematic form that is appropriate.

“I believe that none of us really understands what happened. To truly imagine what happened is just beyond our reach,” he said in a Q&A. “I grew up in a family of Holocaust survivors and have heard the most horrifying stories a child can ever hear. But our minds are incapable of creating a visual connection to these stories and cannot fully grasp what happened.”

In the film, Kitty builds a bridge between past and present, and acts as a commentary on the world around us. Along the way, she meets other children who have fled war zones and become refugees. But more than that, Folman explains that Kitty is, in a way, a reflection of who Anne desired to be.

“[I] made Kitty into an alter ego of Anne’s. In some respects, I ascribed an extrovert personality to her. She is a fighter, and not under the control of parents who set her limits, as Anne was. For Kitty, there are no fellow inhabitants in her hideout, criticising her. She is therefore free to do whatever Anne had wanted to do in her own imagination,” he said. 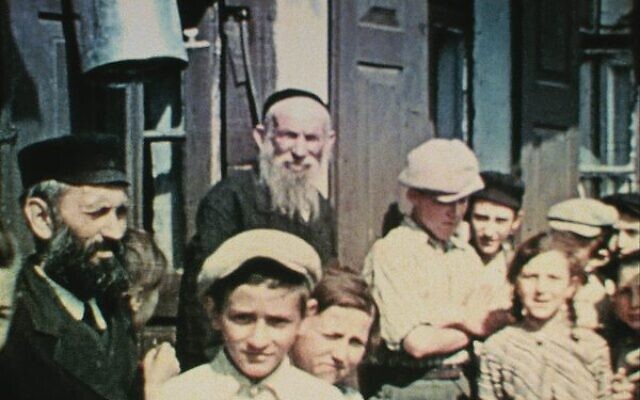 A still from Three Minutes: A Lengthening.

Also showing at SFF is Three Minutes: A Lengthening. Written and directed by Bianca Stigter, the original three minutes of footage, shot by David Kurtz in 1938 – the only moving images left of the Jewish inhabitants of Nasielsk, Poland, before the Holocaust – are imaginatively edited to create a film essay, which is narrated by Helena Bonham Carter and features Glenn Kurtz, the grandson of David Kurtz, and Maurice Chandler, who appears in the original footage as a young boy.

There’s also Cha Cha Real Smooth which debuted at Sundance Film Festival earlier this year. The film follows Andrew, who has just graduated from college, and his rare skill – he’s an exceptional “party starter” at local bar and bat mitzvahs.

Emerging star Ana Scotney, whose family fled Germany in 1934 because her great-grandmother had the foresight to see what was coming, shines in a darkly comic Kiwi film about imposter syndrome, Millie Lies Low, which has been praised at Berlin, SXSW and in New Zealand. Fun fact, Scotney spent seven weeks walking the length of Israel when she was 20 years old.

As part of this year’s program, SFF is honouring acclaimed veteran Jewish filmmaker Frederick Wiseman with a 10-film retrospective of his body of work, which spanned seven decades and is often regarded as “the most sophisticated intelligence in documentary”.

After a combined virtual/in-person event last year due to COVID restrictions, the 69th Sydney Film Festival is showing in cinemas across 12 days, showcasing some of the greatest, and strangest, works that cinema has to offer.