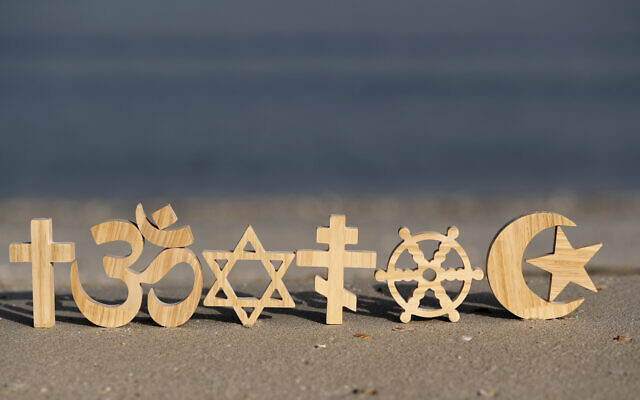 If my grandparents were standing here now, they’d be crying tears of joy.”

With these words I commenced a speech in Parliament House, Canberra, in the presence of federal members of Parliament from across the political spectrum. I had travelled there from Melbourne to represent the Australasian rabbinate over which I presided.

It was part of an event organised by Canberra’s small Jewish community in 2016 to coincide with the festival of Chanukah. It culminated in a candle-lighting ceremony symbolising the triumph of light over darkness. And for my grandparents, darkness carried a uniquely disturbing meaning.

All four of them were born in Poland and experienced the horror and inhumanity perpetrated by the Nazis during the Holocaust. They suffered through a period which saw their parents and siblings brutally murdered, rendering them orphans and lone survivors of their families. They witnessed the soullessness to which humanity had descended.

They saw the German government transform its military into a killing machine that was responsible for the annihilation of two thirds of European Jewry. They attested to the unbridled hatred and cruelty inflicted on Jews, Jehovah’s Witnesses, gays, gypsies, people with disabilities, and other minority groups who were not part of the Aryan race.

Yet 70 years later, their grandson stood and spoke proudly as a Jew in the corridors of power of this incredible country – a country which took in my grandparents, whose sole desire was to move as far away as possible from the carnage that robbed them of their childhood and adolescence.

They worked tirelessly to contribute to the fabric of Australian society and to raise their families in the safety and security which successive Australian governments have provided.

It was my grandparents’ story, and my studies of the Holocaust and other genocides in history, which inspired me to take an active role in building bridges with other faith communities.

History illustrates that one of the primary causes of hatred is ignorance of the “other”. Without developing relationships with those we consider to be different, our perceptions of those people are too easily defined by stereotypes born out of prejudice. The more we engage with people who are different from us, the more we realise how un-different those people really are.

This truth was laid bare for me earlier this year when driving to the Ahmadiyya Muslim community mosque in Langwarrin. Their mosque had been disgracefully desecrated only a few days earlier. I met with their imam, Wadood Janud, whose powerful words saturated the news that evening. I listened to his story and shared with him some of mine. I invited him to visit my synagogue in reciprocity, an invitation he graciously accepted.

We came full circle when he – together with Melbourne’s Catholic Archbishop Peter Comensoli, thus representing three Abrahamic faiths (Judaism, Christianity and Islam) – converged in our beautiful and iconic synagogue in St Kilda.

We talked faith, community and politics (we were joined by Victorian opposition leader at the time Matthew Guy and deputy leader David Southwick), and thoroughly enjoyed each other’s company. We quickly realised just how much we all have in common.

Most importantly, our respective congregations saw in their leaders a willingness to not only coexist, but to proactively establish meaningful relationships. And these relationships infuse a deep sense of purpose and meaning into the lives of religious leaders who cultivate them.

Indeed, over the years I have had numerous interactions with a diverse spectrum of faith and ethnic communities. Meetings with other faith leaders has led to my advising the government on matters pertaining to the Jewish community and on interfaith relations. It has also opened my eyes to the indispensable role that interfaith relations have in multicultural Victoria, especially during times of religious extremism and societal turbulence.

Of course, engaging with other faith communities does not mean blurring the boundaries of our own faith. It does not mean dumbing down our religious beliefs to find the lowest common denominator between us just so we can all just smile at the cameras and avoid challenging conversations.

On the contrary, building meaningful and authentic relationships with people who think and believe differently creates an opportunity to address tensions as they arise in a peaceful and constructive manner, rather than sweeping those issues under the carpet.

And if engagement with other faith communities has taught me one thing, it’s that the commonalities between different faith groups really do outweigh our differences. The more we understand each other, without compromising our own individuality and theological beliefs, the more harmoniously our society will function.