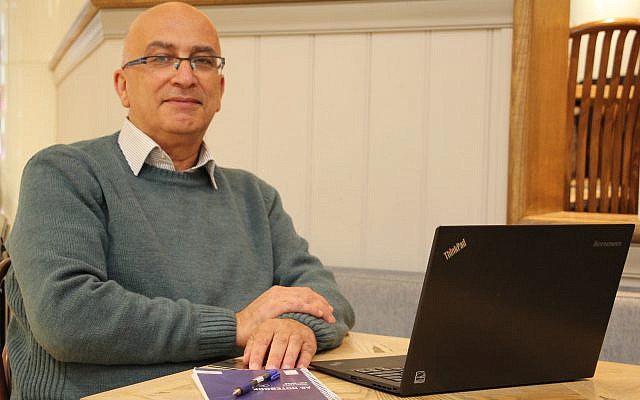 TEL Aviv University’s (TAU’s) dean of life sciences, Professor Abdussalam Azem, has a message for those who call for boycotts against Israeli universities.

“Israeli academia is the last thing that you should boycott,” he told The AJN this week.

“This is the first place that gives equal rights to Palestinians. So it’s clear for me – boycotting [Israeli] academia is unacceptable.”

He said 20 per cent of the students enrolled in life sciences are Arabs, while in other faculties, such as nursing, the figure is 90 per cent.

An Arab himself, Azem said “like in any other society you have discrimination”, but “when you are an academic, it’s a completely different story”.

“If you are good you will make progress, it does not matter if you are a woman, man, Arab or Christian,” he said.

He added, “I don’t have conflict between being Israeli and being a Palestinian, in particular after so many years being in academia and facing such positive reactions.”

Azem visited Australia to meet with the Australian Friends of Tel Aviv University (AFTAU), to fundraise and to promote collaboration with Australian universities, including the facilitation of exchange programs.

“If someone comes from Australia and sees Tel Aviv he will be an ambassador in the future,” he said.

Noting that in many aspects, TAU is “the strongest in Israel,” Prof Azem said, “When students graduate from Tel Aviv University, it is easier for them to find a job. Not only that, they get a higher salary,” he said.

He has also recently introduced studies in genetic diseases, which he said are prevalent in Arab society.

For life sciences, he said his faculty “are the best in Israel, at least in terms of types of applications and grant success”, citing as an example that European Research Council grants are “the most difficult grant to get in Europe and we are number two”.