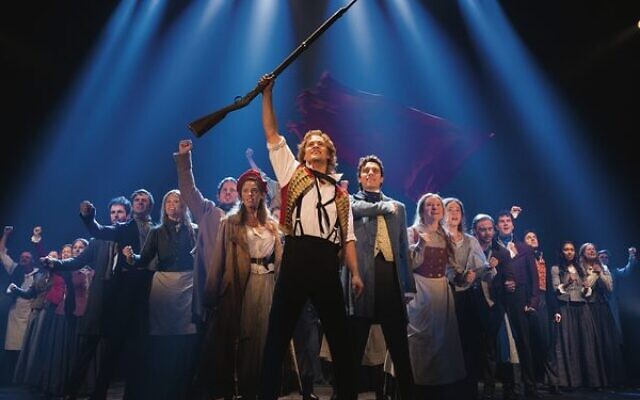 You may not know the names Alain Boublil and Claude-Michel Schonberg but you’ll definitely know their music.

The American Dream, Do You Hear the People Sing?, I Dreamed a Dream, Bring Him Home. Ringing any bells?

But how did these two Jewish boys end up collaborating on some of the most well-known musicals of all time?

Boublil was born in Tunisia to a Sephardi family and at the age of just 32 years old, created La Revolution Francaise, the first-ever staged French rock opera. While Boublil wrote the words, Schonberg composed the music. It was a fictional story of impossible love between Charles Gauthier, the son of a shopkeeper who was classified as very low down on the hierarchy scale, and Isabelle de Montmorency, an aristocrat who flees with the royal family. Boublil was inspired to write the story after seeing Jesus Christ Superstar in New York.

Schonberg was born in France to musical parents – his father was an organ repairer and his mother was a piano tuner. 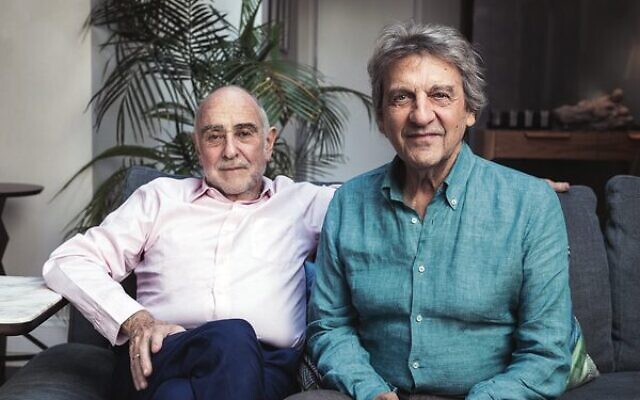 Soon after the pair collaborated on La Revolution Francaise, they wrote arguably one of the most famous musicals of all time – one that has won eight Tony Awards, is the sixth longest-running Broadway show and remains the longest-running musical in the West End – Les Miserables. And just a few years after that, Miss Saigon followed. Based on Madame Butterfly, Miss Saigon is a tragic love story, between an Asian woman and her American lover during the Vietnam War.

But, as Boublil told The LA Times in 2019, he and Schonberg both started their careers in pop.

“I started writing pop songs at the very, very beginning in France,” he said. “And by the way, so did Claude-Michel. So we both come from the pop song writing world in France, in the ’70s … Until I discovered my own attraction for musical theatre, and that was like a disease.”

As he explained though, musical theatre wasn’t a ‘thing’ in France. While they were popular in films, they didn’t enjoy the same acceptance on stage.

It was when Boublil saw West Side Story touring France in the 1960s or ’70s that he realised how incredible musical theatre could be.

“This is what I’ve been wanting to do all my life. Watching the first musical of my life, watching the geniuses of Leonard Bernstein, Jerome Robbins and Stephen Sondheim accomplish an update of Romeo and Juliet. I thought, ‘What is … How do you do that?’ And it felt like something impossible to do,” he recalled.

According to the pair, Les Miserables was originally based on Oliver. 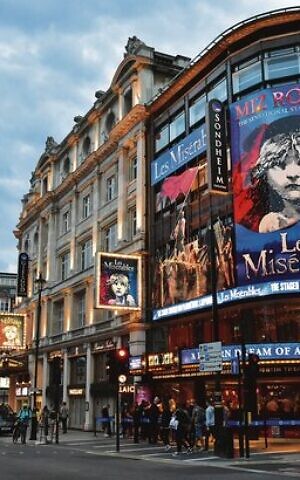 Les Miserables at the Sondheim Theatre remains the longest-running musical in the West End.

“We don’t come from a world where musicals have to be happy musicals,” Boublil has said in the past. “The direct inspiration for Les Miserables is Oliver, which is a very sad story, very social difficult moments in England, through a story which was told cleverly between comedy and drama.”

During the same interview, Schonberg revealed that people told them their show would never work because there was no tap dancing. Little did they know how successful Les Miserables would actually be.

“I remember when we got the Tony Award in New York, that was something amazing because the following morning, people don’t look at you, don’t speak to you the same way,” Schonberg said.

The team went back to their day jobs following La Revolution Francaise; however, shortly after they quit to focus full-time on Les Miserables. It was written, recorded and staged within two years and while it was received well, once the curtain went down in France, nothing really went further. Until Cameron Mackintosh called three years later.

Boublil and Schonberg are still thick as thieves, with Boublil telling The LA Times that the pair speak every day. The secret, according to Boublil, is that they are a true partnership. No matter who comes up with the initial concept, they workshop the idea together, from start to finish.

And coming to Australia is no exception.

The pair will be participating in a rare ‘in conversation’ event, sharing stories and behind-the-scenes anecdotes about their iconic careers.

For the first time in 25 years, the duo will travel to Australia to partake in ‘Boublil & Schonberg In Conversation’ in both Melbourne, where they’ll chat to popular TV host and musicals fan Mark Humphries, and Sydney, which will be hosted by television host, comedian and radio presenter Julia Zemiro.

The events will also include performances of some of their most treasured songs and sit alongside the Australian premiere of the concert spectacular Do You Hear The People Sing?

The question is, though: Will you join in the crusade?

For more information about both events and tickets, visit thepeoplesing.com