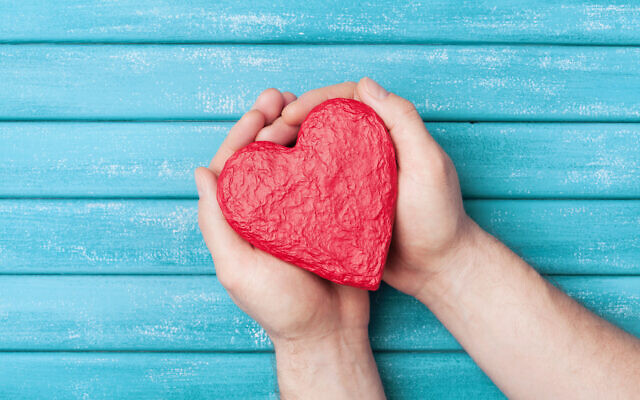 Inevitably, it seems, as we age we find ourselves thinking increasingly of the past. We reminisce in our alone moments and with our peers. We talk nostalgically about the slower pace and how the world was so much better back then. Was there less acrimony, anger and rage, or do we just remember it that way? Was there the same violence that floods our screens today, or is it just that we didn’t get to see it?

We don’t generally find ourselves thinking of how life’s become easier – that along with the negatives have come innumerable positives. We don’t stop to think that many of us simply wouldn’t still be here were it not for the remarkable advances of time. We only need to walk through an old cemetery and inspect the timeworn headstones that tell of another reality – of the many who died long before their time: infants, children, young adults.

Each time I talk with my friend, Len Hain, as I did this week to discuss DonateLife Week (July 24-31), I’m reminded that he, for one, born in an earlier era, wouldn’t have lived to become the vital and engaged octogenarian he is today. He would never have known his adored grandchildren. Nor could he have continued as a long-term member of St Kilda Hebrew Congregation, to operate his own business, or to contribute to the Jewish and broader communities. The years spent with his vibrant wife and partner in life, Nicole, whose early years were shaped by life on a kibbutz, would have been prematurely truncated. His two children and his extensive network of friends would have been deprived of his dry sense of humour and the naches they share. That is, without the two lungs he received – a gift of life from a deceased stranger 20 years ago. Hooked up to an oxygen machine, facing imminent death, Len’s reflection of that time says it all, “When you can’t breathe, nothing else matters.”

Involved in the world of organ donation as a live donor and a volunteer for DonateLife (Vic), my life’s been enriched by the many ‘Lens’ I’ve met along the way. Each man, woman and child wouldn’t have survived were it not for the miracle of transplantation.

There are the toddlers, born with liver disease who wouldn’t have had a present, let alone a future. There are those in their prime, going about the business of living when their hearts suddenly let them down.

There are the teenagers whose carefree days of youth were stolen by a dialysis machine, for hours each week. There are none more meaningful to me than the recipient of my kidney, who in return expresses her gratitude tacitly and away from the limelight, as she’s done for over four decades, by embracing each day unreservedly.

Each of these organ recipients, I need to remind myself as I long for the ‘good old days’, would never have been given a second chance at life. Organ transplantation illuminates the pinnacle of medical triumphs which just decades ago would have seemed like science fiction. We must applaud this blessing of modern times.

For the years of involvement with DonateLife and the richness of my connection with those whose life experience have taught them the profound value of every moment, I am extremely thankful. To hear the heart-wrenching stories from donor families who tell me that through the grief of loss the one thing that provides solace is the knowledge that there are people out there, living life because of their decision to support the wish of their loved one in becoming an organ donor.

Over those years Len and I have addressed numerous audiences of all ages as representatives of DonateLife, in order to raise awareness of the need for organs. I have never tired of hearing Len’s same story, and could listen over and over when he describes his journey from critical illness to a new life. As I too would share my personal story I’d look out at the sea of faces, acutely aware that for every person who decided to register as an organ donor there was the potential to save or enhance up to 10 lives. If there were even only one, our job would be done.

As Jews, our history has taught us repeatedly of the sanctity of life and the cruel fact that life can be taken from us, or be shattered in the blink of an eye. We are instructed that the greatest mitzvah is to save a life. As human beings, living in this modern world in which we are beneficiaries of prodigious progress in medical science, I like to think that nothing else could matter more.

Janine Joseph is a Melbourne-based writer.