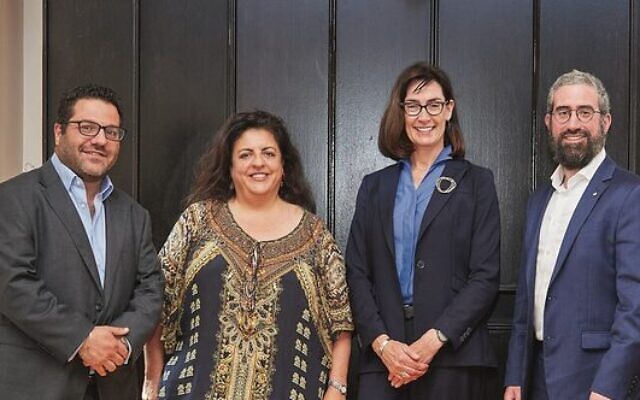 Late last month, St Kilda Shule hosted the principal commissioner from the Commission for Children and Young People, Liana Buchanan, who spoke about Victoria’s progress in protecting children and the need for sustained and continuing work to build safe environments for ­children.

VoiCSA executive director Phillip Weinberg shared insights into the work that his organisation has been doing in child protection, noting, “In the past 12 months alone, VoiCSA has received hundreds of disclosures of alleged incidents of child sexual abuse that have allegedly occurred in our Jewish schools, shules, other institutions and families.

“We are seeing firsthand the consequences of a community and institutions that are failing to keep children safe and overwhelmingly not complying with the Child Safe Standards,” Weinberg said, adding, “One who knows of the danger posed by an alleged abuser and fails to warn others is guilty of infringing the commandment ‘Do not stand idly by the blood of your fellow.'”

The event included the promotion of the shule’s updated child protection policy, reflecting recent changes to government legislation and standards, and new posters the shule has developed to help reach children with important child safety messages. Community leaders, St Kilda shule board members and former board members, and shule members attended the event, including its new president Janice Iloni-Furstenberg.

Rabbi Yaakov Glasman acknowledged the work of child protection expert Emma Furman, who guided the shule through the relevant changes to its child protection policy and who provided crucial training and education to the shule board, staff, volunteers and Rabbinic leaders.

Buchanan reflected on the progress over the six years since she was appointed. She noted that it was almost 10 years since the Victorian Betrayal of Trust report and that despite progress made, there is more work to be done.

Buchanan commended the shule on the work completed so far, and recognised the work it is continuing to do, including ongoing training and briefings.

Iloni-Furstenberg said, “Child protection is, and must always remain, the most important priority of any organisation, and the lay and religious leadership of St Kilda Shule are working hard within this space to ensure best practice and a culture that is consistently mindful of child safety.”