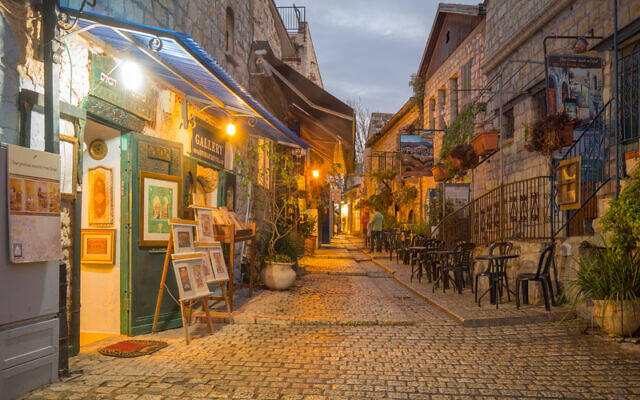 Tzfat is the homeland of Kabbalah and Jewish mysticism. Photo: Rndmst, Dreamstime.com

At this time of the year our thoughts turn to Jerusalem as we recall repeated tragedies in times gone by. But we do not just recall Jerusalem as an urban reality. More important was the fact that with the Temple in its midst, it was the focus of religious practice. Even “b’churbanah – in its destroyed state”, it remains to this day the focus of so much of Jewish life pending the advent of the Messianic era.

Nevertheless, Jerusalem is not the only city in Israel whose impact is felt in so much of Jewish life. Another such city is Tzfat, also recalled by many at this time of year.

This coming Wednesday, the fifth day of Menachem Av, marks the yahrzeit of that great personality of the world of Kabbalistic mystics – Rabbi Yitzchak Luria, the Arizal – also referred to as the Ari – the lion, king of Kabbalistic teaching.

Born in Yerushalayim in 1534, he studied traditional halachic sources as well as Kabbalah in Egypt where he spent much of his life, before moving to Tzfat in about 1569. Tzfat had already developed as a Kabbalistic centre under the influence of the famed Rabbi Moshe Cordevero – the Ramak, author of a famed Kabbalistic work, “Pardes Rimonim” – literally “Orchard of Pomegranates”. However only a few months after Luria’s arrival in Tzfat the Ramak passed away. The Arizal would now head the kabbalistic community in the city.

Regrettably however, despite the fact that the Arizal’s name is indelibly associated with Tzfat, he did not live there for very long, succumbing to an epidemic three years later. He was just 37 years of age. And yet he left an amazing legacy that continues to this day to influence the world of Torah study and religious practice. Kabbalistic teachings aside, another legacy of his time in Tzfat is the identification of Meron as the burial place of Rabbi Shimon bar Yochai. Tzfat is of course close to Meron (hence, inter alia its significance to generations of Kabbalists). Tradition has it that when the Arizal visited Meron through the guidance given by Elijah the prophet that grave was recognised as well as the graves of other teachers from the Tannaic period. The impact of that recognition continues to this day in the context of the mass pilgrimages on Lag b’Omer as well as other reasons for visitation throughout the year. 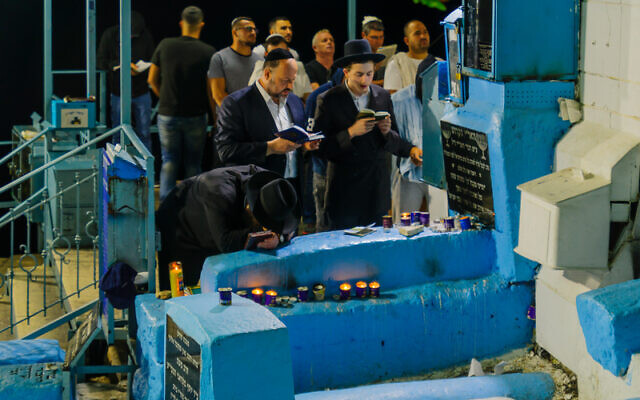 Prayers at the grave of the Arizal, Tzfat. Photo: Rndmst, Dreamstime.com

The Arizal’s kabbalistic teachings as recorded by his disciple, Rabbi Chaim Vital (who was close to twice his age), subsequently became the basis of most kabbalistic study. While there have been other great students and teachers of Kabbalah, there can be little doubt that it is the kabbalistic system the Arizal developed that has had the greatest impact on the Orthodox religious world.

His version of the siddur was adapted for popular use by the Chassidic world two centuries later; the well-known Tehillat Hashem siddur used by Chabad is based on that of the Arizal (though not absolutely identical with the version he used). His burial place in the old cemetery located on a hillside just below the Old City of Tzfat is also a place of pilgrimage for Jews from all over the world. Many such visitors will also immerse themselves in Arizal’s mikvah incorporating a spring at the bottom of the cemetery hillside. The two shules in the city associated with his name are later constructions. The current Sephardi Ari synagogue replaced the original one that dated back to his time in Tzfat that was destroyed in the earthquake of 1837; the Ashkenazi Ari synagogue as it now stands is older but was constructed in his memory after his passing.

However, the Arizal was just one of the great mid-16th century personalities of Tzfat buried in that famous cemetery. His colleagues included Rabbi Joseph Karo, author of the Shulchan Aruch – the basic guide to halachic religious practice.

Rabbi Joseph Karo began his halachic writing by compiling the Beth Yosef commentary on an earlier work – the Arba Turim (Four Pillars) compiled by Rabbi Jacob the son of Rabbenu Asher, who lived in the Rhine Valley and Spain nearly four centuries earlier. However, having completed that commentary, one of many on the Turim, he saw a need to create one all-inclusive and easily digested work – hence we have the Shulchan Aruch we use today. Since being of Spanish origin, Rabbi Karo followed the Sephardic custom, so it was necessary for Rabbi Moses Isserles of Krakow to compile the glosses that incorporate the Ashkenazic approach. Each time we open a Shulchan Aruch we are indebted to the luminaries of Tzfat.

However, to use a communal model with which we are familiar, if the Arizal was the rebbe of that generation and Rabbi Joseph Karo the rav and dayan, the ba’al tefillah (leader in prayer) par excellence was Rabbi Shlomo Halevi Alkabetz. His legacy is the hymn Lecha Dodi (Come my Beloved) that bears his name in acrostic form, recited each Friday evening to welcome Shabbat.

Expansion of the Friday night service to include Kabbalat (receiving) Shabbat, as we know it today, was also introduced by the Arizal. He developed the ritual of reciting six psalms representing the six days of the week followed by Lecha Dodi as an introduction to Psalm 92 “Mizmor shir leyom haShabbat – an ode to the day of rest”. Of course to the mystics, there was more to this psalm than just reference to the seven days of the week. For as indicated in Lecha Dodi, they saw it as referring also to the era which is “kulo Shabbat – completely restful”, the Messianic era which will follow six thousand years of worldly existence.

The final member of the group was Rabbi Moshe Alshekh, known as the Alshich for his midrashic exegesis; in terms of the model cited above, the maggid (preacher) of the community.

It is indeed hard to recall a village and community since talmudic times that encompassed such diverse personalities whose imprint on Jewish life centuries later remains so strong.