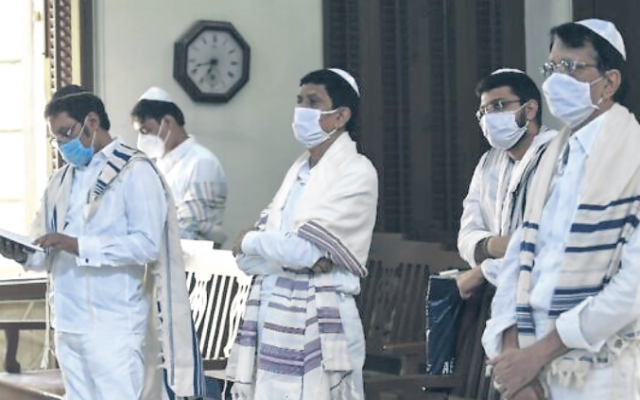 The famous Rabbi Israel Baal Shem Tov taught that one should derive a spiritual lesson from everything that one sees or hears. If that is so in regard to every minor occurrence, how much more so is it relevant to matters of communal – even national – importance. And so, as Yom Kippur approaches, I turn to the matter which dominated discussion of and within Israel over much of the last two years.

As Israel, world Jewry and even the leadership of so many other nations awaited the outcome of four successive Israeli elections, one thing soon became clear. The way individual voters cast their ballots and the way that those voted into the Knesset acted in terms of approaching coalition formation had the power to make a difference to formation of a government.

Further, the overall outcome of the voting – the totality of representation of the public – would also determine the direction to be taken by a newly formed government in regard to matters of vital importance to the future of life in our land and Israel’s relationship with those beyond its borders.

Yes, the indeterminate election outcome and the difficulties of forming a government bringing together disparate elements of Israeli society and their views, has starkly brought home to us that the actions of the individual count and the actions of the national body as a whole count. And on Yom Kippur, we as Jews reflect on both in conjunction with each other because the individual, the community and all of our nation are so inextricably interlinked.

Each individual Jew approaches God on Yom Kippur. Each one of us makes an individual effort; each one of us reflects on our actions and experiences in the past year and seeks good for the year that is coming. Yet fascinatingly, even on this day when honesty with ourselves is so crucial, as we confess our sins we only do so in plural form. Whether reciting “Ashamnu” (we have been guilty) or “Al chet shechatanu” (for the sin that we sinned) we don’t use the personalised single grammatical form but its plural version. Why do I not refer to “my” own guilt? Why not say “I have sinned”?

Beyond that is the reality that there are many sins listed in those confessions which the majority of us have never committed. Yet had one so acted they would need to be confessed. By confessing in unison, ostensibly because all Israel are responsible for each other, we also provide an opportunity for one who had committed a terrible sin to participate in the confession to God without fear of being shamed to his fellow. (Unlike other religions, Judaism does not confess sins to a fellow human.)

The kabbalists however noted an even deeper meaning to this use of the plural form.

In Melachim (the biblical book Kings II, 4:13) we read that the prophet Elisha sought to recompense the Shunamite woman who had provided him with a resting place in the attic of her house. “What is there to do for you?” he asked her. “Could I speak for you to the King or chief of the army?” But the woman rejected any particular favours saying “I will dwell among my own people” – implying, I will share their fate.

The Zohar see this exchange as much more far reaching than a simple discussion between Elisha and the woman. The Zohar sees the reference to a king as a reference to God; the woman represents Israel as a body or any individual member of our nation. As we approach God on this Day of Judgement we do not seek particular treatment as individuals because that may indeed be hard to justify. We seek favourable treatment as members of the collegiate community of Israel – in that context success is guaranteed for God does not reject the prayers of the multitude among whom at least some must have merit.

And in light of the Baal Shem Tov’s teaching regarding never overlooking the implications of anything one sees or hears, one might, as the late Rabbi Chaim Gutnick suggested, perhaps find a hint to this in the English name for Yom Kippur.

Through that unity we can all anticipate a good new year for each individual, the community, all of our nation and for that matter the world as a whole, that at this time in particular is so much in need of a new year blessed with the end of the pandemic and good health for all.