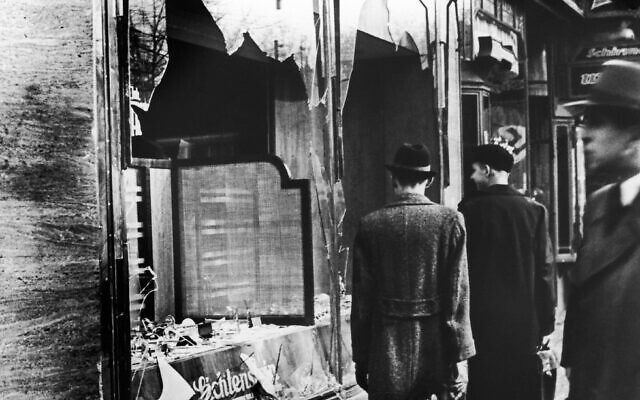 VIKTOR Emil Frankl is often cited as an oracle on the Holocaust. Not so much in regard to its history, or the unfathomable bigotry which underpinned it or the grotesque rationale which motivated it. But on such issues as whether those who were imprisoned in the camps ever had freedom of choice; on emotional intelligence and human psychology; and on the notion that is encapsulated in the title of his slender but seminal work, Man’s Search For Meaning, about his experiences in those camps. (The book has sold 10 million copies in over 20 languages.)

Austrian-born Frankl titled his first public lecture, delivered at the age of 15, “The Meaning of Life”, and a year later he wrote a letter to Sigmund Freud. They met soon afterwards and then began a long-running correspondence, Frankl eventually sending him an essay he had written on psychoanalysis.

After studying psychiatry at the University of Vienna, he focused on suicide and depression, treating thousands of people and being appointed head of the neurological department at Rothschild Hospital – one of the few Austrian facilities still allowing Jews to practise medicine in 1937.

Frankl then set up his own psychiatric practice – but it was the eve of World War II. The Anschluss followed, which saw Hitler annex Austria, and Frankl was granted a visa to emigrate to the United States. Reluctant to abandon his patients, he didn’t take up the opportunity and was subsequently deported to Theresienstadt with his wife, parents and brother. Incarcerated in four camps, he spent three years at Auschwitz, where the Angel of Death – the infamous Dr Josef Mengele – ordered him to the gas ­chambers. Remarkably, he managed to slip into the alternative line and was the only member of his family to survive.

While at Auschwitz, Frankl scribbled his thoughts onto scraps of paper, which he hid in the lining of his clothing. While those clothes were later discarded, his thoughts took on a momentum of their own and eventually found their way into the pages of his best-selling book. He encapsulated them in the following memorable phrase: “Between stimulus and response, there is a space,” he wrote. “In that space is our power to choose our response.”

Our power to choose our response is the theme which the inspirational Dr Edith Eger picked up in her own recently published compelling book, The Choice. Now 93 years old, she has just written a sequel, The Gift, and will feature at next week’s NSW virtual Kristallnacht commemoration, which the NSW Jewish Board of Deputies has organised for Monday evening, November 9. She quotes Frankl in her writing, reinforcing the message that we all have the power of choice – in the way we respond to challenges, handle hardships, combat bigotry and deal with the vicissitudes of life.

This year’s communal Kristallnacht commemoration will be held online on Monday, November 9 2020. Join us to hear Dr….

Posted by NSW Jewish Board of Deputies on Wednesday, September 30, 2020

Forced to dance for Mengele during her first night at Auschwitz – just hours after he had condemned her mother to be gassed – she stood frozen as the camp orchestra played Strauss’ The Blue Danube. Recalling her mother’s advice – that no one can take from you what you put in your mind – she closed her eyes and “retreated to an inner world. In my mind I was no longer imprisoned in a death camp, cold and hungry and ruptured by loss. I was on the stage of the Budapest Opera House, dancing the role of Juliet in Tchaikovsky’s ballet. From within this private refuge, I willed my arms to lift and my legs to twirl. I summoned the strength to dance for my life”.

Dr Eger “discovered the tools for survival and freedom” in the “hell on earth” that was Auschwitz – tools which she utilises in her psychology practice in the United States. The key, she emphasises, is “to identify our mental prisons and develop the tools we need to become free”.

The power to choose our response to the issues with which our community is confronted is our challenge today. Increasingly, we are called on to combat antisemitism. The sharpening trend towards polarisation. The greater tolerance of intolerance. The proliferation of bigotry on social media, in the classroom, in the workplace, in our daily lives. On each occasion there is a space between the stimulus and how we respond.

Every one of us has the opportunity to fill that space. And the obligation to become an agent who helps bridge the gap from memory to history – a gap which grows inevitably and inexorably as those who have first-hand memory of the darkness diminish in number and we are forced to rely on history, which is, at best, second-hand.

That is our challenge – to fill that space by equipping ourselves with the tools to provide an informed response to the spectre which looms ever larger. To circle back to the message from both Viktor Frankl and Edith Eger, we have choice. On every issue. Let us use it well.

Vic Alhadeff is CEO of the NSW Jewish Board of Deputies.