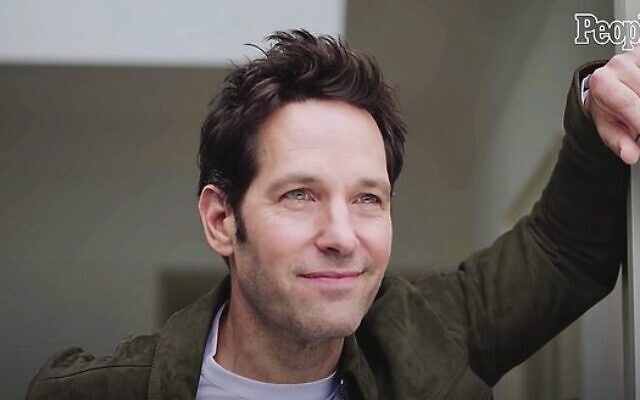 The 52-year-old Ant-Man star, who has been the subject of countless internet memes due to his ever-youthful looks, said he learned of the honour by email.

“I had to read it twice because it was so insane,” he said.

“Even single person I know is going to give me so much grief. As they should – I would. All of my friends will destroy me. And that’s why they’re my friends.”

Despite that, he said, “I’m going to own this – I’m getting business cards made. It’s gonna change a lot. I’m hoping now that I finally get invited to some of these sexy dinners with, you know, [George] Clooney and [Brad] Pitt and [Michael B] Jordan.

“And I figure I’ll probably be on a lot more yachts. I’m excited to expand my yachting life.”

On a more serious note, Rudd said, “When I think about myself, I think of myself as a husband and a father. And so I think that because I feel that, I feel like I’m true to who I am.

“We don’t all want to live our lives recognising the greatest moments when they are in the rearview mirror. It’s important to kind of check-in while it’s happening and really let it register.”

“Michael is still with us,” Rudd said. “He still seems pretty damn sexy. Technically, is he not as sexy as me now?”