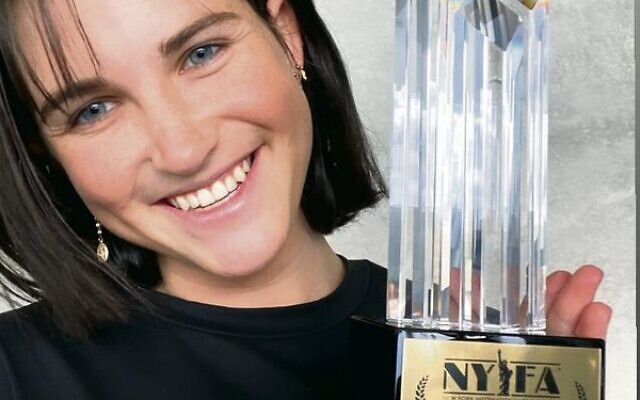 Lexee Gordoun felt like she was a bit late to start in the film industry. “I had this perception that people in these creative industries start their craft at a young age, and I’d be behind before I even began,” she told The AJN. But straight out of university, Gordoun, her cast and crew have already been honoured with a raft of awards.

Gordoun, who attended Moriah College and Emanuel School, was always good with software. After school, she went to Israel on a program to work for a technology start-up. She found herself staying on with the company for an extra three months, and it was during this time that she won the company the International Allianz Film Award for innovation.

Yet, she didn’t take the most direct route to landing her dream job. “Films were always something I had admired. However, I didn’t feel that I had a chance in,” she said. “It wasn’t a career that was openly discussed as an option, and no one was able to point me in the direction of where to begin.”

Still though, she persevered, graduating earlier this year from JMC Academy with a degree in film and TV production. Her film, Bad Beat, was part of her graduation film project, written as a proof of concept for a special edition series.

And Gordoun is incredibly proud of how it has been received, explaining to The AJN that film festivals are a filmmaker’s way of networking.

“My crew and I are extremely humbled by the reception of the film and are overjoyed that the months of work are being celebrated and acknowledged,” Gordoun said. 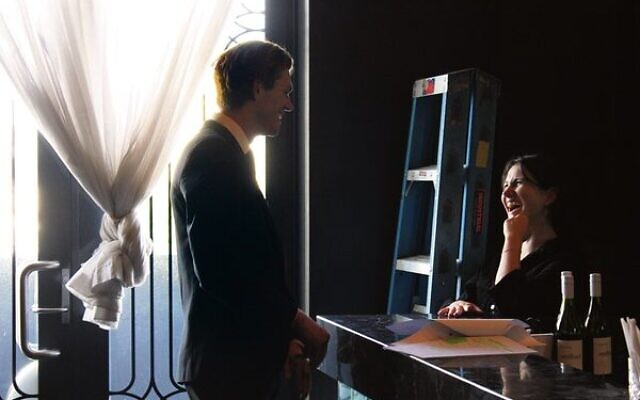 Behind the scenes on Bad Beat.

Bad Beat explores the moral adjustments that are made when returning from war, and follows three men, post-World War II, as they bury their wounds in greed.

Gordoun says working in film is interesting, but of course, hard work. “You’re looking after approximately 30 cast and crew, whom you are completely responsible for, and every film-set feels as though you’re having to re-establish relationships and drive everybody toward a single vision,” she said. “But it is an incredibly rewarding career and the friendships that come out of the craft are unmatched.”

So, how do you follow up such a successful body of work? Gordoun is currently in pre-production for a short film titled GIRL. While the film has been postponed due to COVID, it’s a project that Gordoun is incredibly excited about, portraying a female working in the male-dominated auto-repair industry.

“The tone feels comedic and light, however beneath it all, she struggles with her self-identity as a woman and what that means in a society that suffocates any behaviour that doesn’t fit the archetypal female,” Gordoun explained.

Furthering the attempt to tackle sexism and prejudice, the film’s crew is 70 per cent female. Alongside this, Gordoun has three other films that she is producing, and she is in the process of writing two feature films.

It seems nothing will stop this talented filmmaker.

See what Gordoun has been up to and keep up-to-date with what’s ahead. Visit ufilmsmedia.com/film