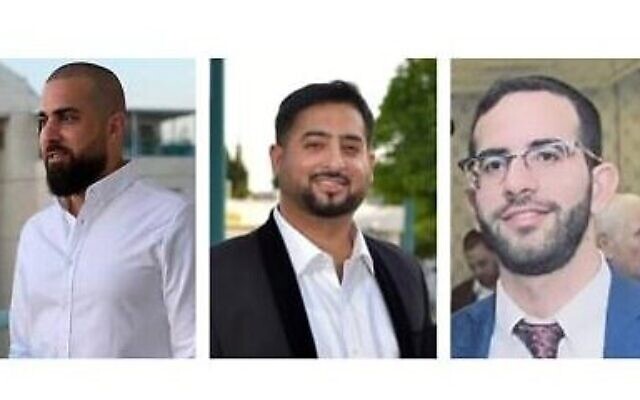 The five victims of the deadly terror shooting spree in Bnei Brak have been identified, and include two young fathers and a police officer who helped kill the gunman.

The Israeli victims were named as officer Amir Khoury, 32, a Christian Arab; and local residents Yaakov Shalom, 36, and Avishai Yehezkel, 29.

Victor Sorokopot, 32, and Dimitri Mitrik, 24, were named as the two Ukrainian nationals who were killed in Tuesday’s shooting.

He was part of a team of two motorcycle officers who caught up with the gunman and killed him, ending the deadly shooting spree. Khoury was hit in the exchange of fire and later died after being rushed to the Beilinson Medical Center, officials said.

Israel Police Commissioner Kobi Shabtai spoke later with Khoury’s father, Jarris. The father told Shabtai that they are a police family and that he was a veteran of the Tel Aviv police department.

Shabtai said his son’s death, confronting the attacker, was “a great tragedy for the police.”

“Alongside the tragedy, it is important for me to tell you that your son saved the lives of many civilians,” Shabtai says. “His actions will become a legacy and memory of heroism for the whole country.”

Khoury leaves behind his parents and two sisters.

Haredi media reported that Shalom was the son of Rabbi Meir Shalom, a prominent leader of the Yemenite community in Beni Brak, who died last year of COVID. Shalom was driving home when he was stopped by the gunman, who opened fire on his vehicle from a close range.

He is survived by his mother, wife and four children, Behadrei Hadarim reported.

The third victim, Yehezkel, Haredi media said, was a Yeshiva student and had taken his two-year-old son for an evening walk in his stroller when he was shot, while trying to protect the boy.

He is survived by his wife, who is eight months pregnant, and his son. 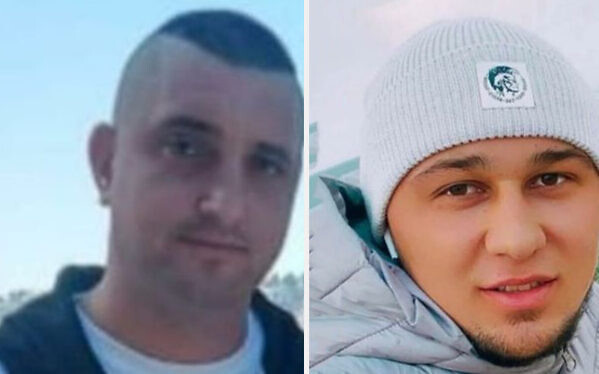 Dimitri Mitrik and Victor Sorokopot, two Ukrainian foreign workers who were shot dead in a terrorist attack in Bnei Brak on March 29, 2022 (Photos used in accordance with Clause 27a of the Copyright Law

Victor Sorokopot, 32, and Dimitri Mitrik, 24, were named as the two Ukrainian nationals who were killed in Tuesday’s shooting attack in Bnei Brak.

The two were killed as they sat outside a grocery store on the city’s Bialik Street when terrorist Diaa Hamarsheh, 26, opened fire.

“He was a really good person. We were married for almost six years,” Victor’s wife Kristina, who lived with him in Bnei Brak, told Channel 12 news. “We don’t have kids… I don’t know what to do because there are a lot of problems in Ukraine.”

The two men were foreign workers, employed in construction, who both lived in the city.

Vasily, Mitrik’s cousin, told Channel 12 he heard about Mitrik’s death from a friend who witnessed the attack.

“Yesterday I also wanted to go to the store there. We are in this store all day,” he said.

“We could not believe such a thing would happen in Bnei Brak. A friend of ours was there and saw them being shot. He called and told us 10 minutes after the incident.”

Vasily said that Mitrik had been in Israel for three or four years.

“We might leave now for Belgium or Romania,” he added.

On Wednesday morning, friends of Sorokopot and Mitrik arrived at the site of the attack to mourn.

Avoiding a protest against Prime Minister Naftali Bennett that was taking place outside the grocery, they told Haaretz they came to Israel with Sorokopot and Mitrik to seek a better life.

“We were neighbors in Ukraine. We’re like family,” one of them said, asking to remain anonymous. “We came here to earn money and build a house. The situation in Ukraine is difficult and many of our friends are trying to come as well,” he said, noting that they might reconsider staying in Israel after the attack.

Another friend, Julian, said Sorokopot and his wife were considering returning to Ukraine after the war.

“Yesterday I told Dimitri I wanted to get out of here and return to Ukraine,” another friend said. “He told me, ‘Don’t go back. It’s better here because it’s safer.’ He liked living in Israel, he felt safe here.”

On Tuesday, the Ukrainian Embassy in Israel issued a statement condemning the “heinous” terror attack and confirming Mitrik and Sorokopot were among the dead.

“With deep sorrow we confirm that two citizens of Ukraine were among the victims,” the embassy said in a Facebook post. “We express our condolences and sympathy to the families of the deceased. The upscale [sic] of violence and terrorism is unacceptable and it must be stopped.”

The attack, the third deadly terror incident in a week, underlined concerns about an escalating wave of violence ahead of the Muslim holy month of Ramadan.

“Israel is facing a wave of murderous Arab terrorism,” Prime Minister Naftali Bennett said late Tuesday. “The security forces are at work. We will fight terrorism with persistence, diligence and an iron fist.”