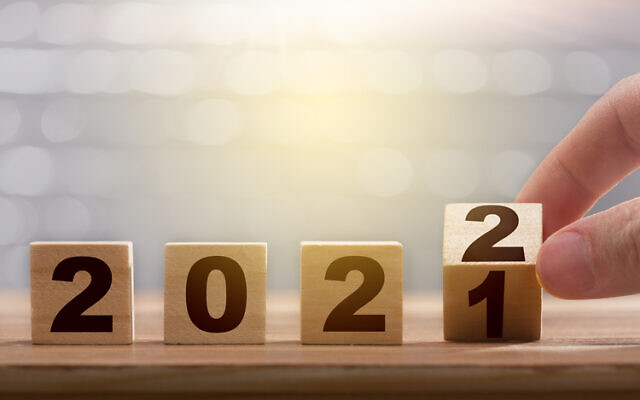 JUST when we thought we’d turned a corner … after a year flipped upside down by COVID, we bade farewell to 2021, and with summer upon us and the promise of vaccines, 2022 seemed set to be a walk in the park.

Change certainly seemed to be in the air early on, when in January the long and arduous campaign to bring Malka Leifer back to Australia finally bore fruit. Despite her baffling success in evading extradition over a number of years, it was suddenly announced that the former Adass Israel principal charged with multiple counts of child sexual abuse was on a plane and en route to Melbourne to face justice.

Other notable achievements over the past 12 months were the Victorian government agreeing to pass legislation banning the public display of the swastika, the federal and NSW governments adopting the International Holocaust Remembrance Alliance definition of antisemitism and the proscription of Hezbollah in its entirety.

There was also Olympic and Paralympic glory for some of our community’s finest athletes, Jessica Fox and Matt Levy.

But amongst the triumphs there was tragedy. We mourned those lost in the Lag b’Omer disaster at Mount Meron, and the innocent victims on both sides when Hamas rained rockets down on Israel, and the Jewish State was forced to strike back. In the US, the collapse of an apartment block in Florida hit home when we learnt Tzvi and Itty Ainsworth were among the dozens of victims. And just this month, Eli Kay, known and loved by many on these shores, was gunned down by a Hamas terrorist in Jerusalem.

Closer to home, communal icons Isi Leibler, Eddie Jaku and Millie Phillips were among those we sadly lost.

And then … there was the return of COVID. Plunged back into lockdown, shules and simchas in Sydney and Melbourne were once again off limits and we were homebound on the High Holy Days. Meanwhile, high-profile breaches of pandemic restrictions spawned an antisemitic backlash as well as virulent recriminations within our own community.

And finally, just as we thought we were emerging from the darkness, Omicron and soaring case numbers leave us more uncertain than when the year began.

Here’s hoping and praying for a brighter 2022.