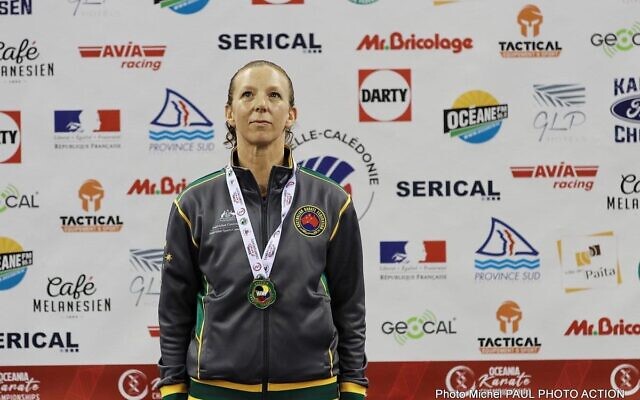 Richard Basckin (holding the sign) with the Australian team at the 2022 Oceania Karate Championships in Noumea. 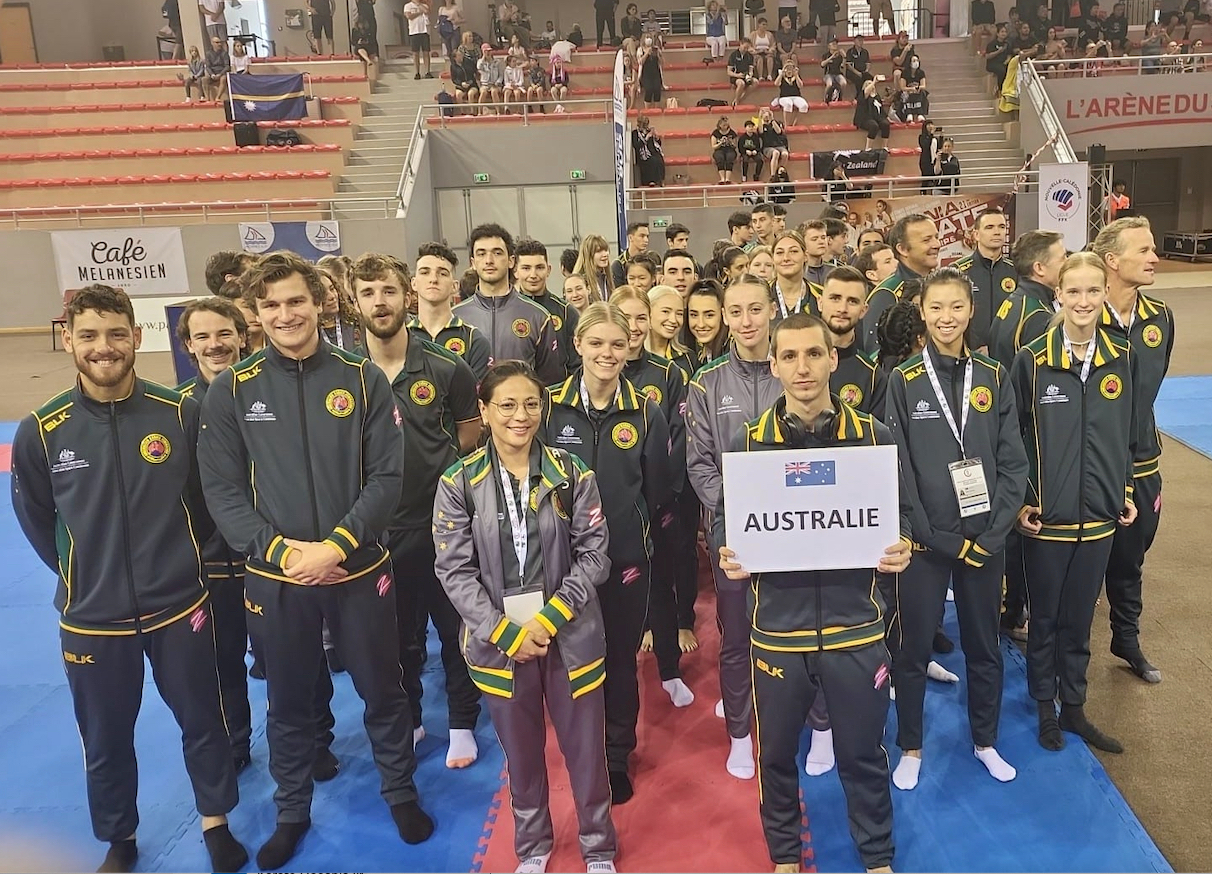 Richard Basckin (holding the sign) with the Australian team at the 2022 Oceania Karate Championships.

It was the first time Oceania tournament has been held since 2018.

Saloner will represent the Green & Gold in Israel in the open women’s karate competition, to be held on July 19 and 20 in Hadera, Israel.

He defeated Rodney Li of New Zealand, before losing to fellow Australian Teo Cvetkovski in the final.

He beat runner-up Jon Odams from Southern Cross, and Joshua Ledmen from NBC. 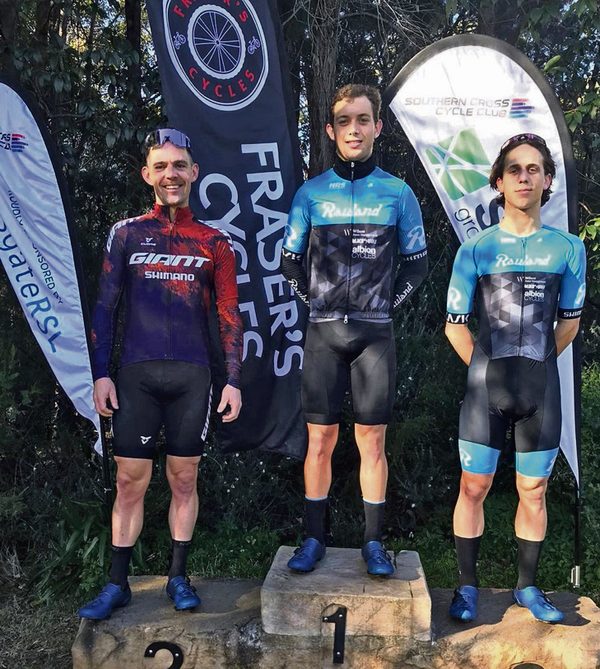 A huge team effort saw them gain the upper hand in the close contest against the Ormond Blizzards, winning by 15-9.

Also in the CDNA finals series, Maccabi’s U13 Tigers and U17 Pandas both reached the semis, bowing out with losses to St Pats. 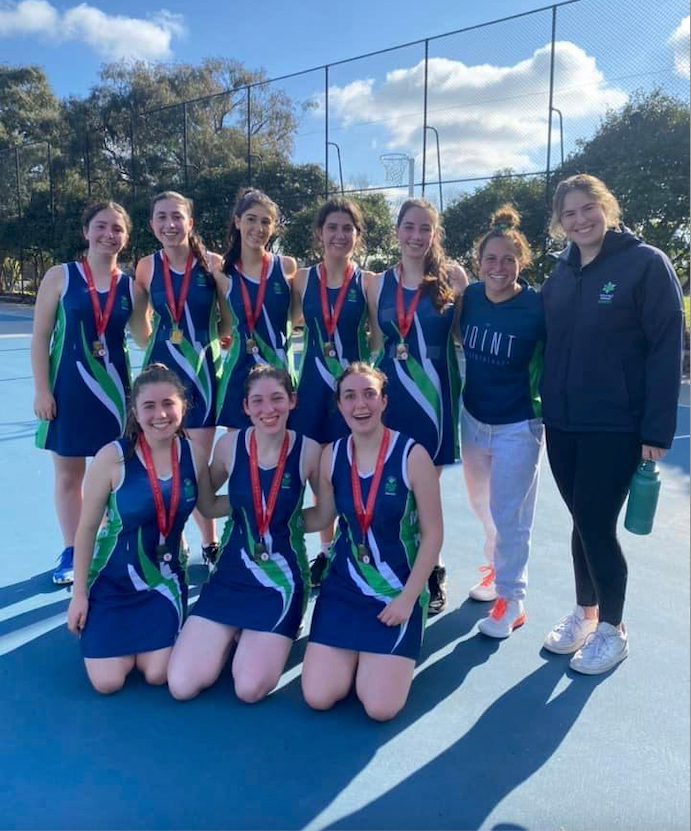 The Jackas headed into their round 10 away match against Williamstown CYMS fired up last Saturday, knowing a win would elevate them into fourth spot on the VAFA Premier B men’s ladder.

Key to their win was determined defence in the backline by Richie Simon, Adam Caplan and Corey Zielinski, effective ruck work to secure possession, and plenty of goals by the likes of Kane Nissenbaum (3), Brandon Efron (3), Brandon Joel (3) and Jake Lew (2).

This Saturday, the Jackas will host Old Carey at 2pm at Gary Smorgon Oval, in another important match before AJAX has a double bye.

In women’s Division 2 footy, a depleted Jackettes team with no reserves bench lost 1.2 (8) to 3.7 (25) to third-placed Oakleigh in a real arm wrestle.

The effort was there, and a win this Saturday versus Powerhouse, from midday at Lindsay Hassett Oval, can return them to the top four.

Last Saturday in round 11 of Sydney’s Eastern Suburbs Football Association men’s season, Maccabi-Hakoah’s division 1 side drew 1-1 with Pagewood, and were ahead through a Pagewood own goal until the final minutes, when their opponents converted a penalty attempt.

The Blues’ division 2 team played twice in the last week. On Tuesday in a catch-up round, they defeated Maroubra United 4-3 in an absolute thriller, after trailing 0-1.

Goals were scored by Solly Rachamim (2), Jordan Besser and Mark Filler. Backing up last Saturday, they drew 1-1 with Glebe.

In Division 3, Maccabi-Hakoah defeated 4th-placed Queens Park 4-3, closing the points gap on the ladder. Daniel Bussbaum scored a hat-trick, and Leo Lipman scored the other goal.

The club’s only loss in round 11 was by its Sunday division 1 side, which had no reserves, but put up a good fight against Barnstoneworth, losing 0-1.

ADEN Green from Moriah College has been selected in the NSW All Schools U16 boys’ football team for the School Sport Australia national football championships later this year.

The year 10 student was picked following his impressive performance for CIS at the NSW All Schools tournament, held on June 20 and 21.