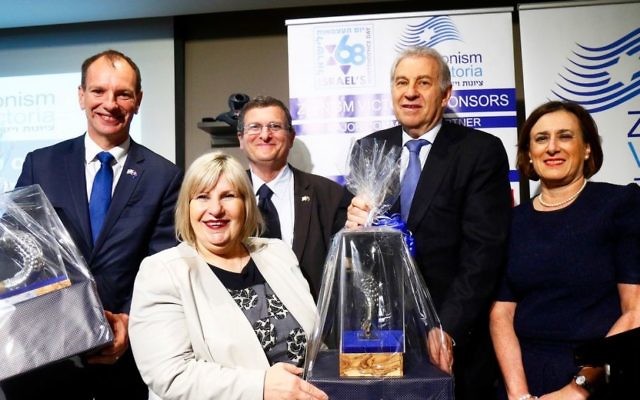 VICTORIAN Labor MP Marsha Thomson, who became the first female Jewish minister in Australia, has announced she is stepping down from politics.

Elected to Parliament in 1999, Thomson, who served in both the upper and lower houses, and has been a minister for seven years, announced she will resign at the November 2018 election.

Her decision was reportedly influenced by a pre-selection challenge for her Footscray seat from communications manager Katie Hall.

Paying tribute to Thomson, Premier Daniel Andrews recalled, “In her inaugural speech to Parliament, Marsha said, ‘Government is responsible for providing social cohesion where everyone feels they have a place within.’

“As a member, as a mentor, and as a minister for seven years, she put these principles into practice and spoke up every day for the people who were denied their rightful voice within our society.”

Acknowledging Thomson as the first Jewish woman to become a state or federal minister, the Premier noted “Marsha’s tireless work with Victoria’s Jewish community has made our state a more welcoming place for so many people.”

She “worked with the Indian community in the western suburbs against the tragedy of family violence”, said Andrews.

Thomson has co-convened Victorian Parliamentary Friends of Israel with her Liberal counterpart David Southwick, who this week stated, “I am proud of what we have achieved together in supporting the Jewish community in Victoria and strengthening our state’s connection with Israel.

“Although our politics may differ, we are united in our passion for Jewish causes and Israel. Marsha will be missed as a great advocate for our community in the Victorian Parliament.”

Thomson’s ministerial portfolios have included Small Business, Consumer Affairs, and Information and Communication Technology. She has also been Parliamentary Secretary to the Premier, for the Arts, for Industry and Trade, and for Justice.

As MP for Footscray since 2006, she championed education equality in the western suburbs.

Before entering Parliament, Thomson was an economic forecaster, electorate officer and ministerial adviser.

She was jointly awarded the Zionist Federation of Australia and Zionism Victoria’s Jerusalem Prize with Southwick last year.

“After 19 years in politics, it feels like the right time to retire. I look forward to hopefully seeing another female Labor candidate step into the role,” Thomson told The AJN this week.

“I intend to continue to be a voice within the Jewish community. Unlike politics, being Jewish is something you don’t retire from.”