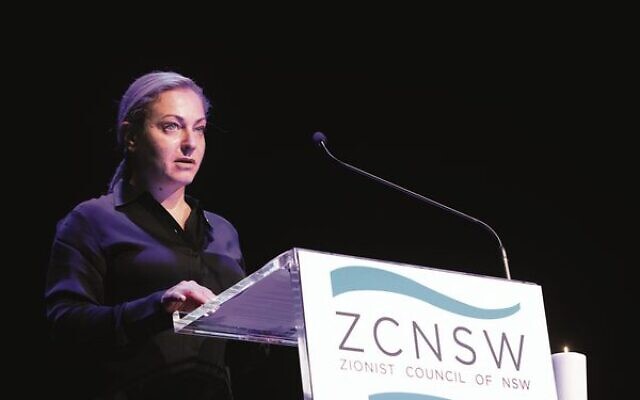 TEARS were shed at the Yom Hazikaron service at Moriah College on Tuesday night, when Shmuel Nahmias recalled being informed in November 1998 that his 20-year-old son, Ohad, had been killed while serving in the IDF, and when Karin Namer spoke lovingly about her brother Asaf – a Moriah College graduate – being killed in July 2006, aged 26, during a Hezbollah ambush on his platoon, only two weeks before he was due to complete his military service.

“Asaf was my baby brother, but now he is the country’s hero,” Namer said.

“For all the bereaved families, today is special because you share our pain, and remember the sacrifice they [Israel’s fallen soldiers and victims of terror] made for the State of Israel.”

Zionist Council of NSW president Rodney Naumburger said, “[We] can never take for granted Israel’s existence, nor forget the huge cost and loss of life incurred in establishing and in defending the State of Israel … over 27,000 individuals have paid the ultimate price.”

Israel’s Defence Attache to Australia, Colonel Safi Amasha, revealed, “In Australia, there are 80 bereaved families that we [the IDF] are in contact with, out of which 34 families are in NSW.

“It is our top priority to commemorate their sacrifice, and support those families, by all means, and with all our heart.”

The event was co-presented by the ZCNSW, JNF and the Israeli Ministry of Defence.