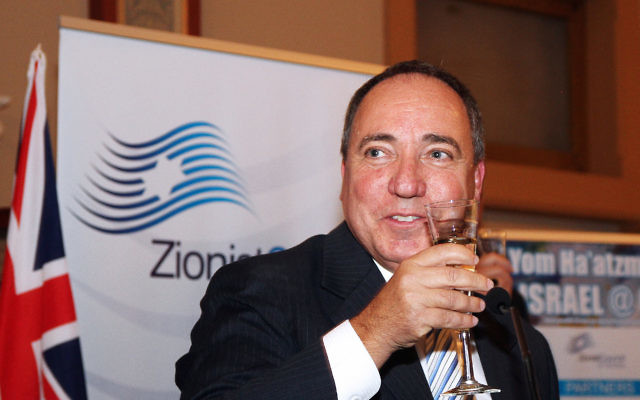 JEWISH community leaders have given a rousing welcome to news that Yuval Rotem, the former Israeli ambassador to Australia, has been appointed acting director-general of the Foreign Ministry of Israel.

His appointment by Israel’s Prime Minister Benjamin Netanyahu follows the sudden resignation of Dore Gold and is seen as leading to his permanent appointment.

Rotem, 57, was Israel’s Australia and Oceania envoy from 2007 until 2013, when he was replaced by the current ambassador Shmuel Ben Shmuel.

During his tenure, Rotem initiated a landmark special motion by federal Parliament celebrating Israel’s 60 years of independence in 2008. He also hosted then -governor-general Michael Jeffery’s first state visit to Israel and took part in the opening of the Park of the Australian Soldier in Beersheva.

Welcoming the appointment, Executive Council of Australian Jewry president Robert Goot said that during his Canberra tenure, Rotem “demonstrated unerring dedication and talent”, adding, “We have every confidence that he will discharge his duties admirably and with his trademark energy and passion.”

Expressing his “complete delight”, Zionist Federation of Australia president Danny Lamm said Rotem was “an outstanding diplomat and representative of the State Of Israel. He was certainly Israel’s finest -ambassador to Australia. He was a pleasure to work with, able, committed and totally supportive of all those who worked for Israel. He will provide outstanding thinking leadership.”

“No doubt the qualities that served him well in his posting here – his intelligence, fearlessness and diplomatic nous – will serve him in good stead for the challenges he will face in his new role.

“At the same time, we pay tribute to Dore Gold, who for the last 16 months has done an excellent job advancing Israel’s diplomatic interests in a changing world,” added Rubenstein.

Joining Israel’s diplomatic corps in 1985, Rotem’s first overseas posting was in New York, as chief spokesman for Israel’s permanent mission to the UN and also as consulate-general for New York. In 1996, following the election of Benjamin Netanyahu as PM, Rotem was made chief of staff of the foreign minister.

In 1999, Rotem was made consul-general of Los Angeles and the Western US, and was in office during the terrorist attack on LAX in 2002. Three years after his US posting ended, he was given his Australian appointment.

American-born Gold, a close confidant of Netanyahu, stated he was vacating his post due to “personal issues”.