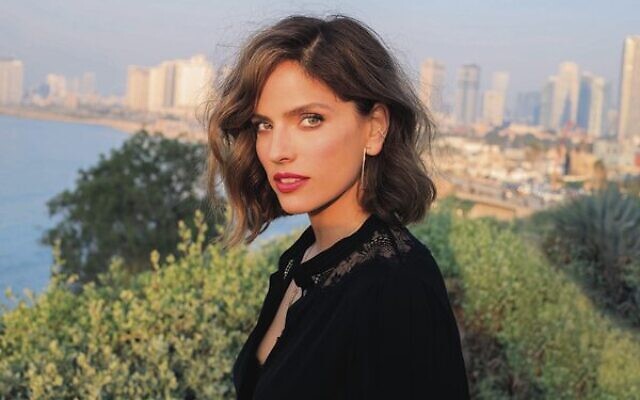 ISRAELI-American superstar Noa Tishby – who is speaking at JNF’s 120th anniversary Virtual Gala event next Tuesday, along with former Israeli ambassador to the US Ron Dermer and others – first broke onto the scene in the 1990s as an actor, appearing in many of Israel’s leading TV shows, films, theatre and ad campaigns.

She now wears many hats and holds many titles.

Born and raised in Tel Aviv, Tishby made history as a producer with the sale of In Treatment to HBO: the first Israeli television show to become an American series.

She formed and headed a joint venture between ITV Studios US and Israel’s network, Reshet, to develop, create and produce TV content made in Israel for the international market; and co-created Reality Israel, bringing professionals from across the world to Israel on leadership trips.

Named as one of the 50 Most Powerful Jews in the World and added to Hollywood Reporter’s Women in Power list of international executives, Tishby also became one of Israel’s strongest advocates, appearing at the United Nations General Assembly to stand up for her home nation.

But the busy mother who travels between her home in LA and Tel Aviv, didn’t stop there. Tishby also founded the first Israel-focused online advocacy and rapid response organisation, Act For Israel, and was dubbed “the ambassador” by Israeli media after online videos of the activist went viral.

Regularly hit with questions about her homeland from her Hollywood friends, Tishby began searching for appropriate and easy to read resources to recommend to those wanting to learn more.

Struggling to find the right texts, she decided to write her own book debunking false narratives and explaining the complexities of Israel in a clear and relatable way.

The book, Israel: a Simple Guide to the Most Misunderstood Country on Earth launched in April this year.

The JNF 120th anniversary Virtual Gala is on Tuesday, October 5, at 8pm. To register, visit jnf.org.au/gala.