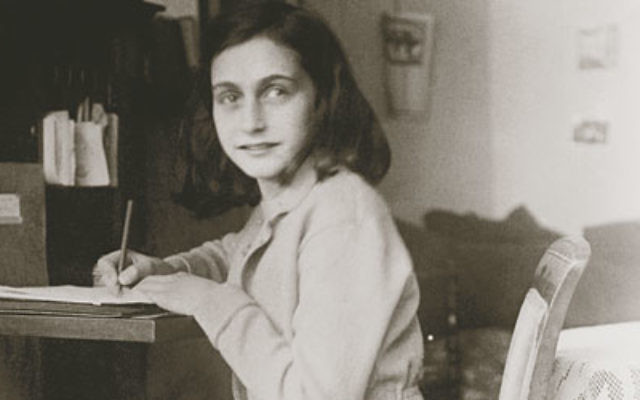 THE international travelling exhibition Anne Frank – A History for Today has arrived in Australia and opened at the Jewish Holocaust Centre in Melbourne on February 5.

Developed by the Anne Frank House in Amsterdam, the exhibition features large panels to tell the inspirational story of teenager Anne Frank and her family under Nazi rule in Amsterdam during World War II.

The exhibition includes a replica of Anne’s diary and a 30-minute film titled The Short Life of Anne Frank.

The chairman of the Anne Frank travelling exhibition, Boyd Klap, who is in Melbourne for the exhibition opening, says the exhibition has visited more than 150 cities around the world since it was created in 2001.

“This exhibition allows all Australians to learn a little more about the person behind the diary, the messages conveyed about tolerance, courage and hope, and perhaps motivate students to read the book again.”

On July 6, 1942 Anne Frank and her family went into hiding in an annex behind Otto Frank’s office. The entrance to the annex was hidden behind a bookcase.

On her 13th birthday Anne received a diary, in which she meticulously wrote what was happening around her, her thoughts, desires, dreams and hopes. She kept the diary from June 1942 until August 1944.

In August 1944 the hiding place of the Frank family and their friends was betrayed by an unknown person. They were arrested and sent to concentration camps.

Anne died, aged 15, in Bergen-Belsen. Only her father survived the war and, upon his return, decided that his daughter’s diary should be shared with the rest of the world.

Since it was first printed in 1947, The Diary of Anne Frank has become one of the 10 most read books in the world, and its story of hope and resilience has been translated into more than 70 languages.

The curator and head of collections at the Jewish Holocaust Centre, Jayne Josem, says: “We expect the exhibition to be very popular – Anne Frank’s story has enormous appeal for all ages.”

Josem says that one reason the story of Anne Frank is so well loved is that it is a timeless story about a teenager and her rite of passage, as well as being a story set during the Holocaust.

“Although there have been previous Anne Frank exhibitions, there is a new generation who will come to the touring exhibition to learn about the Anne Frank story.”

While the story of Anne Frank is well known, the exhibition serves as a timely reminder for today’s generation about the tragic events that occurred 70 years ago.

“She was a teenager who dreamed of becoming a writer and became the most famous diarist in the world,” says Josem.

This exhibition, which toured around New Zealand for the past two years, will be at the Jewish Holocaust Centre until April 28 before moving to Ballarat, and will then be staged in Sydney in early 2014.

“We are thrilled that it is starting its Australian tour at the Jewish Holocaust Museum,” says Josem.

“We hope that families will come to see the exhibition and introduce their children to the Anne Frank story.”

All visitors to the exhibition will receive a catalogue with space to record their thoughts and reflections of Anne Frank.

The principal supporter of the exhibition at the Jewish Holocaust Centre is Gandel Philanthropy.

Last year there were versions of the Anne Frank – A History for Today travelling exhibition in more than 40 languages, reaching countries including Japan and Italy.

Interest in the Anne Frank story continues to grow. In 2012, the Anne Frank House in Amsterdam attracted a record-breaking 1.1 million visitors. More than 85 per cent of visitors were from outside the Netherlands and aged under 30.

The Anne Frank – A History for Today exhibition is at the Jewish Holocaust Centre, 13-15 Selwyn Street, Elsternwick, from February 5 to April 28.  Enquiries: www.jhc.org.au.