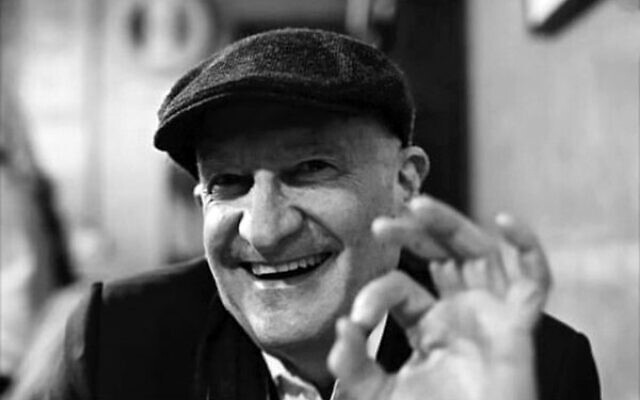 MICHAEL Markowitz has been remembered as a true “mensch” after the jazz-loving, anti-apartheid activist turned successful Melbourne lawyer passed away suddenly earlier this month.

Markowitz, who was born in South Africa in 1952, was the eldest of four siblings and became enchanted with jazz music through his school years.

But it was during his time at Cape Town University, while studying for an arts degree, that he was imprisoned for his anti-apartheid stance.

“It was November 1971, Nelson Mandela was behind bars and the repressive regime saw arrests, disappearances and deaths of political protesters,” Markowitz’s good friend Henry Pinskier told The AJN.

“Despite knowing full well the risks, Michael began printing and distributing anti-apartheid material on campus. He was arrested in a pre-dawn raid and taken from prison in Cape Town to prison in Johannesburg. There, he was subjected to days of intimidation, interrogation and sleep deprivation, then moved to Pretoria Central Prison, where he was held in solitary confinement next to political prisoners on death row.

“He recalls awakening twice a week at 4am to the haunting, yet beautiful sound of the singing by prisoners in honour of those about to be executed.”

Markowitz was eventually released from prison and completed his arts degree. After living in London for a period of time he moved to Melbourne in 1982, where he began his career in law.

“He was the go-to lawyer regarding anything to do with planning issues at the Alpine ski resorts in Victoria in the 2000s, particularly, and crucially, after the Thredbo landslides in 1997,” Pinksier said.

Markowitz was a devoted father to Adam and Johnathon, went to jazz gigs and Bluesfest with them, rode his motorbike and surfed most weekends. He only became aware of his terminal illness in December, before he passed away at the age of 70.

“Michael was a friend to so many, a colleague, an adviser, a mentor, but above all a mensch,” Pinskier said.

He is survived by his two sons, his sisters Sue and Linda and his devoted partner Lindy.