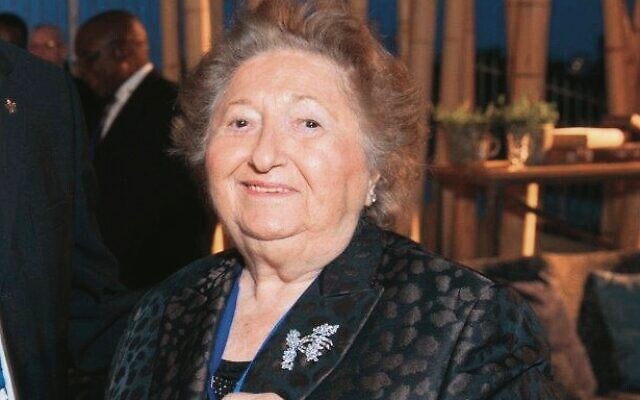 THE Australian Jewish community could reap the benefits of a huge trust established to fight antisemitism and enhance Jewish life in Australia.

It was revealed in court this week that Millie Phillips, who has been a long-standing donor to several organisations in the community, sought to establish the Millie Phillips Jewish Fund in her will to “combat, confront and eliminate antisemitism in Australia”.

The trust will also endeavour to combat the boycott, divestment and sanctions campaign against Israel.

The will’s executors, two Jewish businessmen, are charged with implementing programs at their discretion in schools, universities and other educational establishments in Australia to promote any and all of the objectives.

Phillips told her solicitor in 2017 that the purpose of the trust would be to teach Jewish pride and stop the increasing number of intermarriages in the community.

The trust, which will contain all Phillips’ funds that are not specifically distributed to family members or other organisations, is expected to be in excess of $50 million.

In addition to the trust, her will also included a donation of $1 million to the Sydney Jewish Museum.

Phillips, who suffered a stroke in 2018 and is now 90 years old, is living in an aged care facility.

She has been a major donor to the Emanuel Synagogue, the Sydney Jewish Museum and the JCA, through the Millie Phillips Jewish Education Fund.

It is expected that the will, which is at the centre of a legal dispute, will not be finalised for some time.