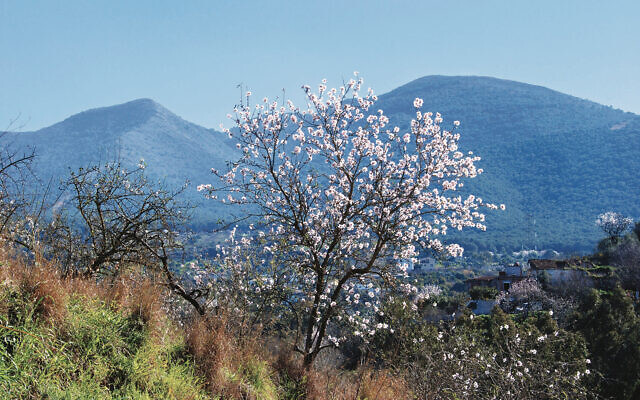 Those who received their earliest Jewish education in Australia in the late 1940s and the 1950s might well recall the many Israeli (or should one say Palestinian, for such were their passports) Hebrew kindergarten teachers whose Zionist background led them to treat Tu b’Shevat as one of the most significant of our holidays. We all received a good grounding regarding kibbutz life and the agricultural elements of the fledgling Israeli economy – especially oranges. We learnt and sang songs such as the one whose words appear above. And together with those teachers or the then madrichim of the Zionist youth movements, we of course planted trees in school and shule grounds (few of which, sadly, survived).

But what is the real significance of Tu b’Shevat?

The Mishnah in Rosh Hashanah tells of four new years in Jewish tradition, each with its own halachic significance. Being in the midst of the northern winter when deciduous fruit-bearing trees are bare and few ground crops are ripe for picking, Tu b’Shevat bears particular significance for issues relating to the halachic agricultural tithing cycle.

For obviously fruit that may be on the tree on erev Rosh Hashanah coming as it does at the end of the northern summer, belongs to the same growing season as any fruits that might be picked on Tzom Gedaliah, the day after Rosh Hashanah. All of such fruits are grouped together for halachic purposes. But midwinter serves as a clear point of demarcation of seasonal growth – hence in almost all cases fruit that grew before Tu b’Shevat belongs to a different season for those halachic purposes such as tithing compared to the fruit that begins to grow after that date. Accordingly halachic practices emphasised this date.

So much for the halachic ramifications of Tu b’Shevat particularly applicable in the ancient agricultural economy when most lived off the land. I would add that the significance of agriculture to Jewish life in our land was so great during Temple times and their aftermath, that the first of the six sections of the Mishnah, that earliest (second century) codification of the oral tradition, is “Zeraim” (literally “seeds”) expounding agricultural law. However in the most recent millennium of Jewish life, when even if Jews were farmers they lived mainly outside Israel so that the majority of those laws had no bearing on their lives, latter Codes including the Tur (c. 1300) and Shulchan Aruch (c.1550) did not pay much attention to those laws. (Even the fourth/fifth century Babylonian Talmud compiled outside our land lacks gemarah for almost all of that section of Mishnah.) And so Tu b’Shevat too lost much of its meaning.

Study of those laws and in some cases implementation have however had a renaissance since the return of Jews to our land and the reestablishment of Jewish agriculture across our homeland. Even today vestiges of Torah-prescribed tithing practices have some relevance. Tu b’Shevat is also significant regarding the law of orlah (applicable even in the Diaspora) that prescribes that fruit that grows on a tree in the first three years of its life is not to be used.

This year Tu b’Shevat will also signify the commencement of halachic implications relating to the status of the 5782/3 (2022) Israeli tree crop in regard to Shemittah, the Sabbatical year.

Nevertheless it is axiomatic in Judaism that where halachah declines in significance, minhag – custom – comes to fill the void. Just because there were few or no agricultural laws to fulfil in Diaspora situations, other ways were found to focus on Tu b’Shevat, on our homeland and the so called “shiv’at haminim – seven kinds” (actually five fruits: grapes, figs, pomegranates, olives and dates, as well as two cereals: wheat and barley) with which it is traditionally blessed (Devarim 8:8). And so in addition to certain changes to daily prayers emphasising a festive air for the day, the custom arose of eating fruit – 15 or even 30 varieties if possible.

In that context the emphasis was on as many as one could acquire of those traditional seven fruits or their derivatives and (if possible) consuming fruit that actually did come from our land. Hence why dried fruits are a Tu b’Shevat custom even today – obviously in Europe in pre-refrigeration days the most likely candidates for purchase originating in Israel were dried dates, figs and raisins as well as carobs. (Though not one of the seven, carobs are associated with certain talmudic stories, implying their regular consumption in the talmudic era.) Also traditional is consumption of etrog – usually involving the etrog kept over from Succot that had been somehow preserved perhaps as a form of jam. Sephardic and more recently Chassidic circles have developed elaborate ceremonies to accompany the consumption of the fruits – all of which are designed to emphasise the significance of our biblical homeland and its produce.

Here in Australia we are in the midst of the summer. It is the season of stone fruits galore as well as so many others. That aside modern preserving technology and ease of transport across the globe, let alone across different climatic regions within Australia, means that seasonal differences in the availability of fruit are nowhere near as pronounced as they once were. Hence we are particularly fortunate regarding the variety of fresh fruit we can acquire to celebrate this date. Let me add however that such was even the case here in Australia more than 70 years ago, long before many of the varieties with which we are now familiar had even been thought of, let alone planted here.

Years ago, I heard from a group of post-Holocaust refugees who happened to arrive here on Tu b’Shevat how absolutely amazed they were to be offered a platter of so many varieties of fresh fruit of which they could not even have dreamed in Europe after the war was over when shortages and rationing were still widespread.

So next Sunday evening/Monday enjoy your summer fruits – and while doing so remember also the significance of the blessed produce of our homeland.