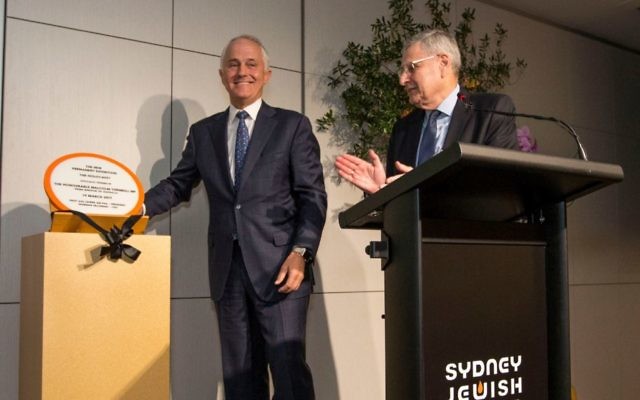 A CLEARLY moved Prime Minister Malcolm Turnbull battled at times to control his emotions when delivering a stirring keynote speech at the official launch of the Sydney Jewish Museum’s new permanent Holocaust exhibition on Sunday, March 19.

After a brief tour of the exhibition, Turnbull mentioned a display that featured the Wannsee House, where plans were drawn up for the Final Solution, that particularly gripped him.

He told the audience of more than 350 that inside that house in 1942, around a table, “sat not just slabbering fanatics, but the leaders of the civil service – bureaucrats – who calmly and methodically worked out how best and most efficiently to kill six million people”.

“And that is why this museum, this memorial is so important. It reminds us what can happen when respect is gone, when hatred takes its place.”

Turnbull joined in a standing ovation for the dozens of Holocaust survivors attending the ceremony and, after unveiling a plaque marking the exhibition’s opening, returned suddenly to the microphone.

In a breaking voice, he said, “This is a really, really important moment for me – I am very, very honoured.” 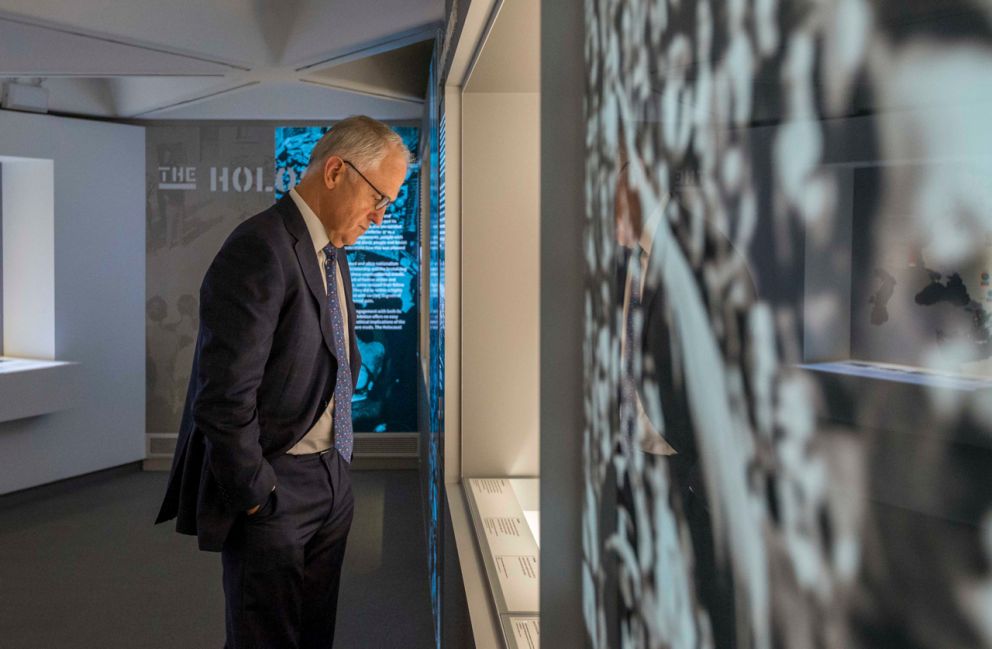 The ceremony began with an Acknowledgement of Country and welcome by Barbara McDonogh – the great-granddaughter of William Cooper, who SJM CEO Norman Seligman said is featured in the exhibition’s displays.

“Cooper was an elder from the Yorta Yorta nation and, at a time when Aboriginal people were denied citizenship and basic human rights, he protested to the German consulate in Melbourne about the persecution of Jews in Nazi Germany,” Seligman said.

“He stood up at a time when the world was turning its back – and standing up, speaking out and respect are some of the central tenets of the SJM today.”

It features hundreds of rare, donated artefacts from the museum’s vast collection, 30,000 carefully chosen words of text, thousands of sound and video recordings, -hundreds of hours of survivor testimonies and also those of perpetrators, bystanders, resisters and collaborators.

A unique feature is a specially designed smartphone app that enables visitors to listen to survivors’ voices of interest along the way.

The museum’s redevelopment director, Dr Avril Alba, said that creating “a chain of memory” was a constant objective “at a point in time when we witness the transfer of custodianship of Holocaust memory from the survivors to subsequent generations”.

“It is in their honour, and it is with profound hope, that we have done their memories justice.”