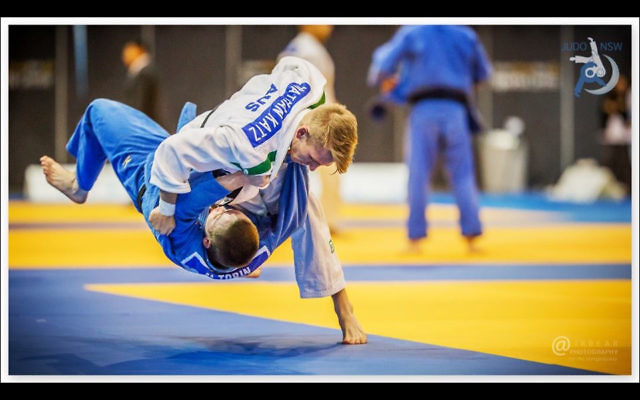 TWO Jewish brothers will compete for Australia at the Rio Olympics for the first time in the country’s history.

Nathan and Josh Katz qualified for the Rio Olympics last month by remaining in the top 22 of the Olympic-adjusted world rankings in their weight divisions.

Both siblings initially aimed for the 2020 Olympic Games in Tokyo, but now can’t wait to make their mark in Rio.

Josh, 18, will become the youngest Australian male Olympian judoka when he marches into Maracana Stadium with Nathan for the opening ceremony on August 5.

Although experience is not yet in his armoury, the William Clarke College graduate can take confidence from his rich vein of recent form, having won both the junior and senior national titles in the 60kg division in 2015 and the 2016 Oceania Championships.

With no pressure on his shoulders, Josh’s main aim is to do himself and the team proud and experience the spirit of the Games.

“It’s something I’ve dreamed about since I was a little kid,” Josh said.

“I’m very excited to take what I’ve achieved this year to Rio and show that my place there isn’t by chance.”

Nathan, 21, won this year’s Oceania tournament in the 66kg division and finished ninth at the 2015 Junior World Championships and seventh at the Tokyo Grand Slam.

While acknowledging he is not considered to be one of the top contenders to win a medal at the 2016 Olympic Games “on paper”, Nathan believes his strong preparation and improving form at top level tournaments put him in good stead to make a real impact.

“I believe my best is good enough to cause some major upsets … so every day I’m doing everything I can towards achieving that.”

The brothers are currently training up to three times per day in Europe, concentrating on tactics, sparring drills, and strength and conditioning.

They got a useful dose of world class competition on June 25 at the Grand Prix Budapest – the last IJF  (International Judo Federation) tournament before Rio.

Josh narrowly lost in the first round to eventual quarterfinalist, Hungary’s Akos Bartha, in a battle of attrition, while Nathan looked strong early but was outclassed by Poland’s Maciej Zacheja, who made the quarterfinals. They will attend a pre-Olympic camp in Barcelona next week before flying to Rio a fortnight before the Games.