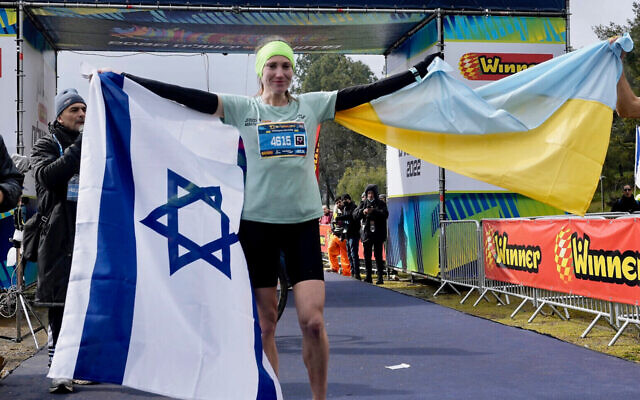 Ukrainian runner Valentyna Veretska celebrates after being the first woman to cross the finish line in the 2022 Jerusalem Marathon on March 25. Photo: AP Photo/Mahmoud Illean, via JTA

A refugee from war-torn Ukraine, who recently fled to Poland with her 11-year-old daughter, melted hearts in Israel last Friday by being the first woman to cross the finish line in the 2022 Jerusalem Marathon.

Veretska’s husband is still in Ukraine, fighting for his nation’s military against the invading Russian forces.

Celebrating her victory, Veretska held up the flags of both Israel and Ukraine at the finish line, to resounding cheers.

According to Yisrael Hayom, she had been planning to take part in the event prior to the war breaking out, and had asked the organisers to help get a permit to enter Israel.

After the invasion began, she expressed hope that her participation in the marathon could give further focus to the plight of Ukrainians.

As of last week, some 12,600 Ukrainians had fled Ukraine to Israel, 8000 of whom are not eligible for Israeli citizenship.

“I hope the war in Ukraine ends quickly,” sport site Shvoong cited Veretska as saying after her victory.

“What is happening in my country should not be happening.”

According to Ynet, she said she ran for “my family and friends … I knew I needed to do my best –that’s how my voice will be heard. It’s for them, for the people of Ukraine.”

Of being in Jerusalem, Veretska said, “I’m really happy here. I finished a marathon and have a lot of energy because the people are very sociable and energetic.

“In truth, today is my first positive day since the Russian invasion of Ukraine.”

Immediately after her win, Veretska phoned close family who were still in Ukraine.

“They said, ‘Yes, Valentyna won’ … the most important thing for me was that my partner was proud of me.”

Then in a promotional video message for the 2023 Jerusalem Marathon, Veretska said, “Today was a very special day for me, my country, and for Jerusalem . . . run with me in next year’s marathon – I am sure I’ll come back”.

More than 25,000 runners braved the chilly, wet weather to take part in the Jerusalem Marathon. 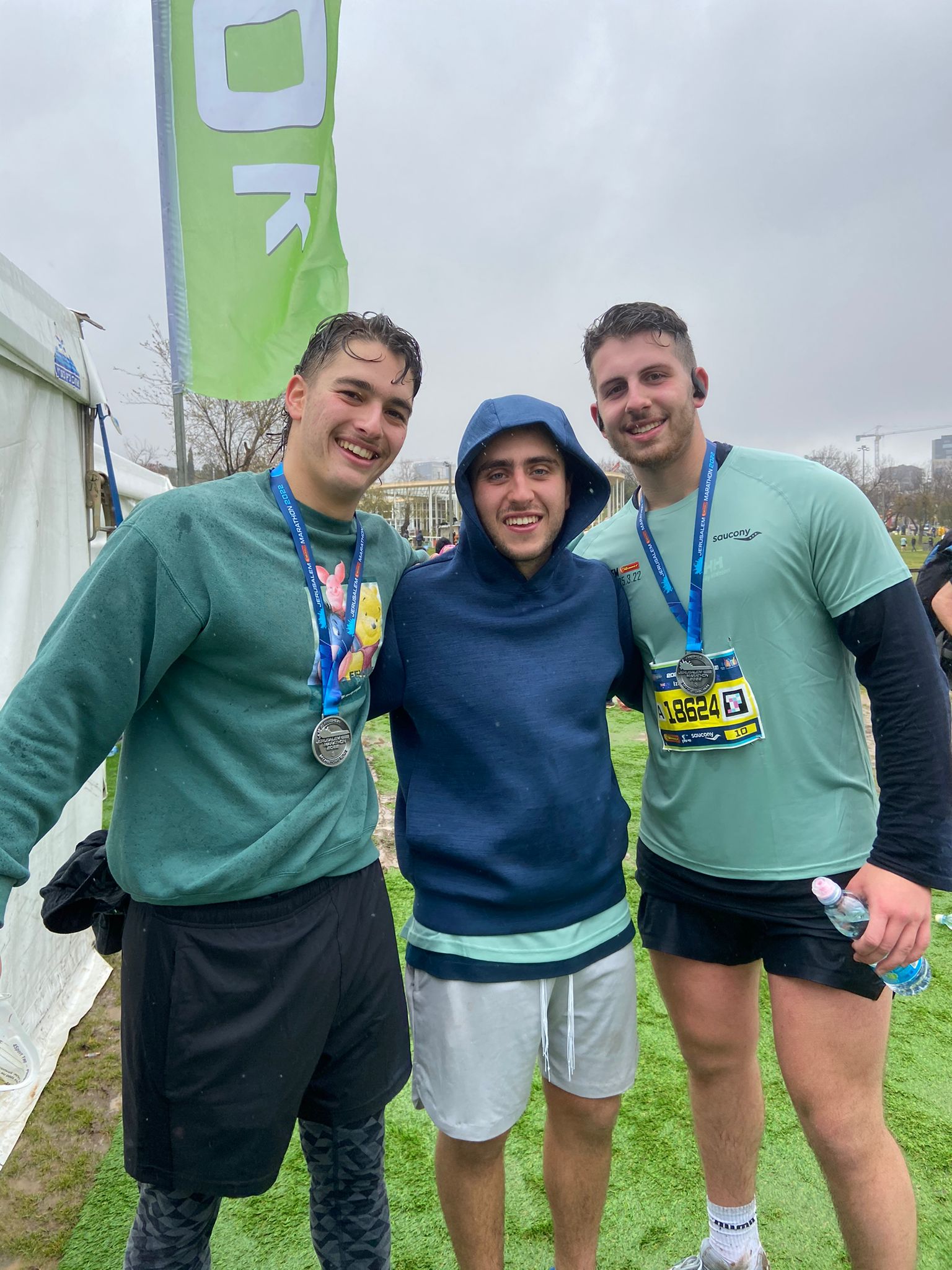 From left: Jed Olcha, Reuben Zajac and Zak Sztrochlic at the Jerusalem Marathon.

Meanwhile half a world away, in the New York half-marathon on March 20, Jewish Melburnian Daniel Wein and his now US-based friend Ben Kluwgant both ran great races. 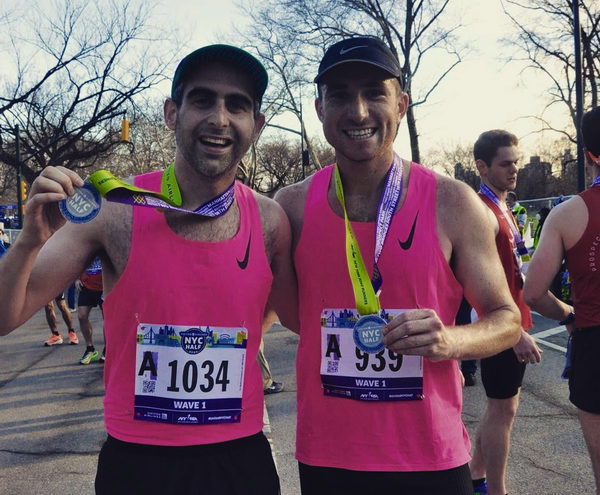