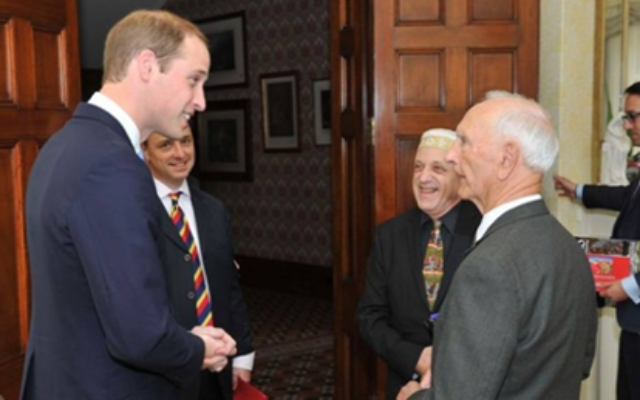 It harks back to Kristallnacht, 79 years ago. On November 9-10, 1938, the Nazis killed almost 100 Jews, 30,000 Jewish men were imprisoned and sent to concentration camps, more than 1000 synagogues were burned, more than 7000 Jewish businesses were destroyed or damaged, and Jewish homes, hospitals and schools were ransacked.

Cooper, who was secretary of the Aboriginal Advancement League (AAL) led a delegation of his group to the Melbourne consulate of Nazi Germany in 1938 after Kristallnacht to present a protest letter about the Nazi persecution of German and Austrian Jewry.

The group was denied a meeting, but the AAL’s action, representing a small, vulnerable Indigenous constituency, was the only private protest in any country against the horrors perpetrated on Kristallnacht.

In 2010, the Executive Council of Australian Jewry noted that Cooper’s petition is remembered “with gratitude and respect”, at a time when “Aboriginal people themselves were denied citizenship and other basic human rights”.

Uncle Boydie, plans to travel to Berlin so today’s German government can accept his grandfather’s letter and thank him for it.

He has also been invited by the Australian government to lay a wreath at the centenary of the Light Horse charge taking place in Beersheba on October 31. The historic World War I charge helped Allied forces capture Jerusalem and changed the course of Middle Eastern history.

Uncle Boydie will honour the role of Yorta Yorta soldiers in World War I, and Aboriginal Diggers in all Anzac conflicts.

He will pay a special tribute to Private Daniel Cooper, William Cooper’s son, one of the Indigenous Diggers killed in World War I.

The Legacy of William Cooper project aims to fund Uncle Boydie or a Cooper family representative to travel to Israel and Germany, along with a companion, for the project to be documented, and for the public to be educated about this important chapter of Australian history.

Project convenor Abe Schwarz said the legacy project “will go towards the fulfilment of Uncle Boydie’s dream – to educate more people about the values of his esteemed grandfather”.