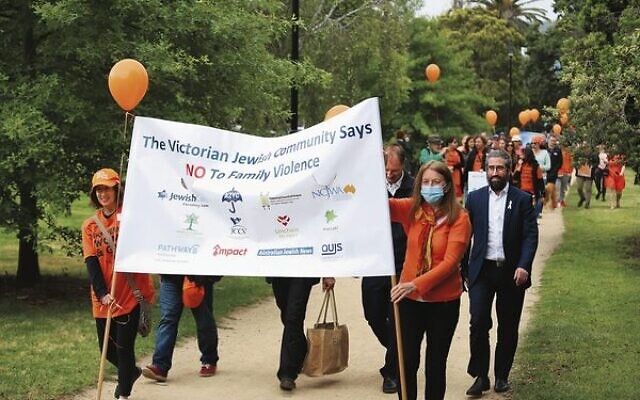 TO mark the International Day for the Elimination of Violence Against Women last Thursday, a sea of orange could be spotted marching around Caulfield Park as representatives from numerous Jewish organisations came together to raise awareness and remember those who have brutally murdered by loved ones this year.

Program Manager of Healthy Communities at Jewish Care Victoria Cassie Barrett, who runs the organisation’s family violence primary prevention and early intervention work, read out the names of each of the women who had been murdered this year by intimate partners, siblings, sons and friends, along with details of how each were violently killed, including Holocaust survivor Judy Bednar.

Great to join locals to walk for the Elimination of Violence Against Women around Caulfield Park.

The hidden impact of domestic violence was also discussed, Barrett recognising the children that bear the physical, mental and emotional scars of family violence well into adulthood.

After a moment of reflection, Jewish Care’s Rabbi Ralph Genende and National Council of Jewish Women of Australia (NCJWA) federal president Melinda Jones were among those to address the attendees