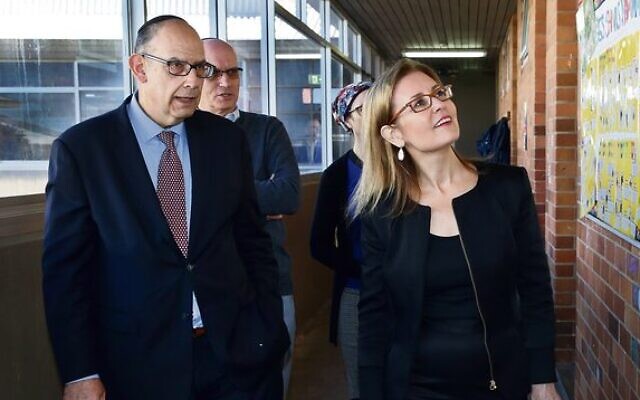 Retiring Member for Vaucluse Gabrielle Upton has listed delivering a $2 million boost for Jewish communal security and the more than $6 million the state government pledged last year to the Sydney Jewish Museum as key achievements during her time in Parliament.

Upton, who was elected in 2011, announced last week that she will not recontest the seat at next year’s NSW election.

“I’ve spent 12 years representing my local area, which has been such a privilege, she said.

“I know in my heart that this is the right time to retire. It is the time for someone else to take my place and for me to do something new.”

Upton recalled to The AJN how the Jewish community reached out to her before she entered Parliament and praised its contribution to the state at large.

“As a member you see the breadth and depth of that community. It is like no other. It has such a sense of giving back,” she said. “I have met so many amazing people in the community. It’s just been a privilege to see them at work,” she added, giving special praise to the NSW Jewish Board of Deputies (JBD).

She said she looks forward to seeing the swastika ban legislation, currently being debated, being passed.

Upton said her best advice for her successor was to take the opportunity to go to Israel.

“I’ve been three times over the time I’ve served,” she said.

“Get on a plane. Go and have a look at Israel. See the complex, beautiful, naturally beautiful, challenging environment in which that vibrant democracy sits.”

“For more than a decade, Ms Upton has been a remarkable advocate of the Jewish community in the Parliament of NSW,” he said.

“She spoke out against antisemitism and anti-Israel bias, helped secure significant funding for Jewish community organisations, and always listened to our community’s needs and concerns.

“Our community owes her a debt of gratitude and wishes her all the very best as she embarks on life outside politics.”

Zionist Council of New South Wales president Rodney Naumburger thanked Upton on behalf of the organisation “for her unwavering dedication and commitment to Vaucluse and her support for Israel and the Jewish community”.

“We also take this opportunity to acknowledge and thank her for her participation and attendance at many of our activities … and for her assistance to the community on so many occasions,” he said.