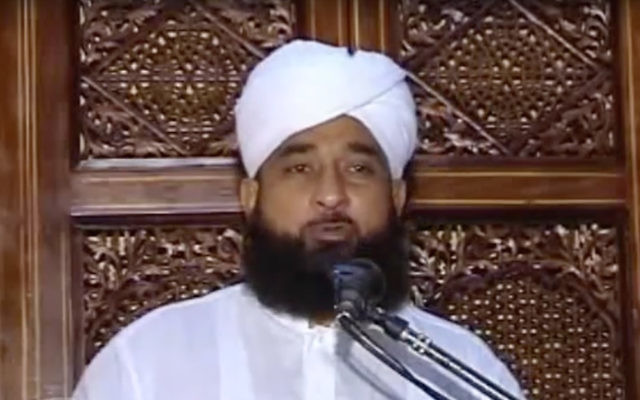 A PAKISTANI cleric who was sent home from an Australian speaking tour last week after a video emerged of him declaring, “It is the guarantee of world peace when the last Jew is slain” illustrates the “urgent need” for a new criminal offence of advocacy of genocide.

That is the view of the Executive Council of Australian Jewry (ECAJ), which said the presence in Australia of Muhammad Raza Saqib Mustafai “raises many questions”.

Mustafai, who spoke in Blacktown and Liverpool in NSW over the long weekend, was also due to deliver talks in Melbourne, Brisbane, Perth and Adelaide.

But his visit was cut short after the Pakistan Association of Australia was made aware of a 2012 video in which the cleric stated, “As long as there are Jews in this world, peace cannot be established in the whole world.”

Claiming that “all the troubles that exist around the world are because of the Jews”, Mustafai added, “When the Jews are wiped out, then the world would be purified.”

ECAJ executive director Peter Wertheim said the number of religious preachers who visit Australia each year is relatively small and, given the current security environment, the Department of Immigration and Border Protection “should at least carry out basic background checks on all of them”.

“Had they done so in the case of Mustafai they would have had little difficulty in establishing his record of advocating genocide against Jews, and he could have been refused a visa on character grounds,” Wertheim said.

Noting that federal Attorney-General George Brandis has made two announcements over the last 12 months that the government intends to introduce a new criminal offence of advocacy of genocide, Wertheim said, “This latest incident illustrates the urgent need for such legislation.”

He added: “The Pakistan Association of Australia is to be commended for acting responsibly, and promptly cancelling the remainder of Mustafai’s speaking engagements.”

B’nai B’rith Anti-Defamation Commission chair Dvir Abramovich said, “It’s alarming to think that a religious figure who uses his pulpit to spread unrestrained, textbook anti-Semitic lies and to demonise Jews, and who openly calls for the genocide of a people, is delivering his sermons in Australia.”

Stating that at a time of rising anti-Semitism and radicalisation, “such incitement and vilification is unacceptable”, he added, “We urge the government to take the lead on this issue and to seriously examine the process that enabled this visit.”

The Counter-Terrorism Legislation Amendment Bill (No. 1) 2016 was due to be debated in Parliament on Tuesday.