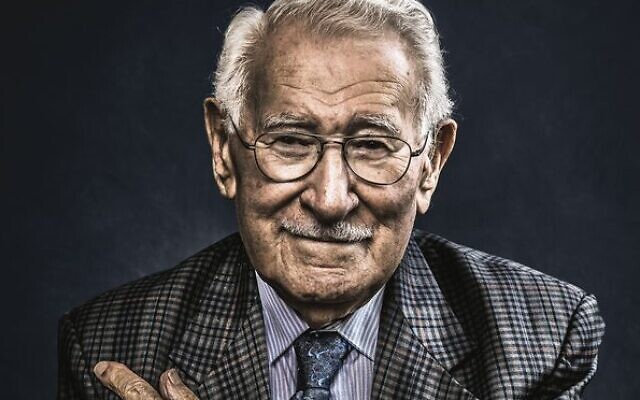 The late Eddie Jaku’s autobiography, The Happiest Man on Earth, has received a prestigious Christopher Award in the United States.

The book has been selected in the young adults subcategory of the awards.

“The family is very proud that Dad and his book have received this recognition and more so because it is in the young adult category and acknowledges the importance of the book’s messages for young people in particular,” son Michael Jaku told The AJN.

“Eddie would have been delighted.”

Eddie, who passed away in October last year aged 101, lived through Kristallnacht, survived Auschwitz – where his parents were murdered – and a number of other camps before starting a new life in Australia with his wife Flore and becoming one of the founders of the Sydney Jewish Museum (SJM).

Despite his experiences, he chose to be an optimist and inspired countless others with a message of love and positivity. He received a standing ovation from more than 6000 people at a TEDx talk in 2019.

Eddie released The Happiest Man on Earth in 2020. Treasurer Josh Frydenberg, with whom he had developed a close friendship, sent a copy of the book to every MP in Canberra.

Frydenberg joined Prime Minister Scott Morrison and MPs from both sides of politics in paying tribute after his passing last year. Eddie was farewelled with a state memorial service.

Established in 1949, the Christopher Awards have annually saluted media including television, feature films and books that “affirm the highest values of the human spirit and reflect the Christopher motto, ‘It’s better to light one candle than to curse the darkness’.”

Previous recipients of the award include Steven Spielberg and Elie Wiesel, among others.