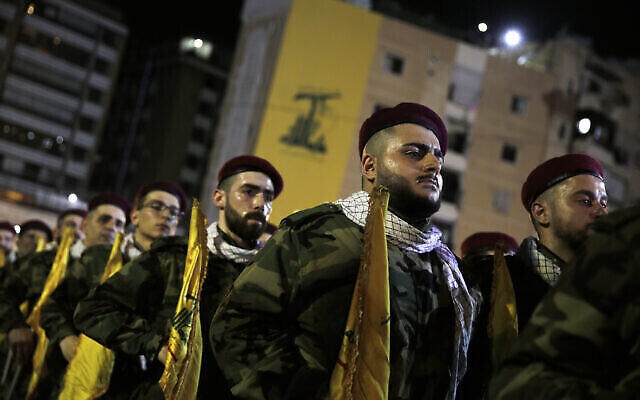 WITH the Parliamentary Joint Committee on Intelligence and Security recently recommending that the whole of Hezbollah be proscribed in Australia, the Australia/Israel & Jewish Affairs Council chose Dr Emanuele  Ottolenghi, an expert on Hezbollah and Iran, to address its recent webinar.

Dr Emanuele Ottolenghi, a senior fellow at the Foundation for Defence of Democracies, spoke on the subject of “Hezbollah and the Toxic Terror Crime Convergence”.

He explained that, like many other terror organisations, Hezbollah uses crime to fund its activities. It has set up a global money-laundering network that services criminal syndicates, and its other global criminal activities include shipping cocaine, blood diamonds and illegal logs and wildlife, and human trafficking and gun-running. He noted that in 2015, the US Drug Enforcement Administration (DEA) estimated that Hezbollah’s drug and money laundering brought it US$400 million, out of an estimated yearly budget of US$1 billion, including what Iran gave it.

“There is no illicit activity they will not get involved in. As long as it creates revenue, God will forgive,” he said.

He noted Hezbollah operatives who had been stockpiling tons of ammonium nitrate taken from ice packs for terror attacks in London, Thailand and Cyprus had been arrested.

He explained Hezbollah operatives who plan attacks “rely on front companies managed by Hezbollah financiers who permanently live in these countries… They provide the logistical support to the infrastructure of terror, and it is done through legitimate businesses and front companies.” These local supporters may store the material, rent safe houses, provide mobile phones, raise funds, or manage escape routes.

While Australia has sanctioned only Hezbollah’s External Security Organisation (ESO), he said, all Hezbollah divisions are part of the same structure. The US Department of Justice has designated it a transnational criminal organisation (TCO) as well as a terror group.

Hezbollah uses the Lebanese Shi’ite diaspora to create “miniature south Lebanons” to build illicit networks in, investing in infrastructure for these communities, including mosques and schools, and sending agents to live there to run its schemes, and to create alliances with local criminal gangs and even politicians and other authorities, he added.

A typical Hezbollah scheme involves selling drugs, using the proceeds to buy cars or other goods, shipping them to other countries and selling them to raise money for arms. He noted the many arrests of Hezbollah criminals in Europe, and that Australian-based companies have also been involved in Hezbollah criminal operations.

To better counter Hezbollah’s criminal enterprise, he said, the whole organisation should be proscribed and there should be better communication between intelligence and law enforcement agencies.

He said it was likely a matter of when, not if, Hezbollah starts another war with Israel, and said that would be at a time Iran chooses. One thing that that can be done to try to prevent it is to restrict Hezbollah’s funds, which includes maintaining the sanctions on Iran.

He noted,  “The entire hierarchical structure of Hezbollah is completely integrated and interfacing with the Iranian regime, so whatever is moving one way or the other, it is part of the same whole.”

Despite the economic crisis in Lebanon, he said, Hezbollah is likely to retain control there, as it is the only political organisation that is still armed, and he thinks Hezbollah will only fall if the Iranian regime is done away with first.

Iran’s recent election, he said, gave the regime what it wanted – a hard-line president, Ebrahim Raisi, who is likely being groomed to become the next Supreme Leader. There is a lot of domestic unrest there, he added.

Ottolenghi also said he thinks Iran may currently be over-reaching in the Middle East in a way the US will find very hard to accept, and he wouldn’t be surprised if the talks to restart the JCPOA nuclear deal fail.